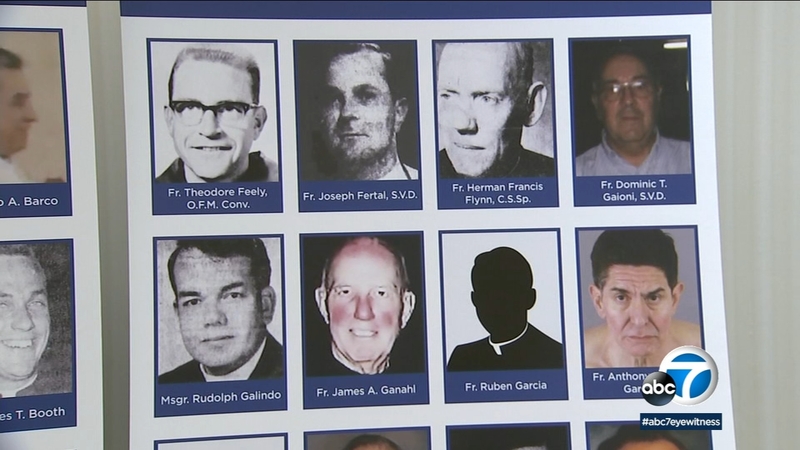 ONTARIO, Calif. (KABC) -- A report on alleged sexual abuse by clergy in the Diocese of San Bernardino was released Thursday morning at a news conference in Ontario, where victims' advocates and attorneys identified more than 84 priests who were transferred in and out of the diocese in the past 50 years.

"It just wasn't a slight touching over the clothing," said abuse survivor Manuel Silva, a former altar boy. "It wasn't just a caress or something that was wrong, no, this was a full-on rape of child."

The alleged perpetrator, Father Fidencio Silva, is among the scores of priests whose assignment histories are included in the report.

Half of the alleged abusers are deceased. As for the others, advocates say they could be anywhere in the world.

The San Bernardino diocese, which includes San Bernardino and Riverside counties, released 34 names last year. But advocates for victims say the list is incomplete, that according to a bishop's letter in 1950, San Bernardino became a "dumping ground" for priests with "moral, mental and physical problems" - problems that were exacerbated by a priest shortage that still exists.

"We know that that's a potential danger," Reck said, "because you have individuals coming in from foreign countries, coming in from religious orders who are not subject to the same oversight that's promulgated here in the United States."

The report highlights a sales pamphlet for a former treatment facility for former pedophile priests that few people knew about. It's unclear who was treated there and where those patients are now.