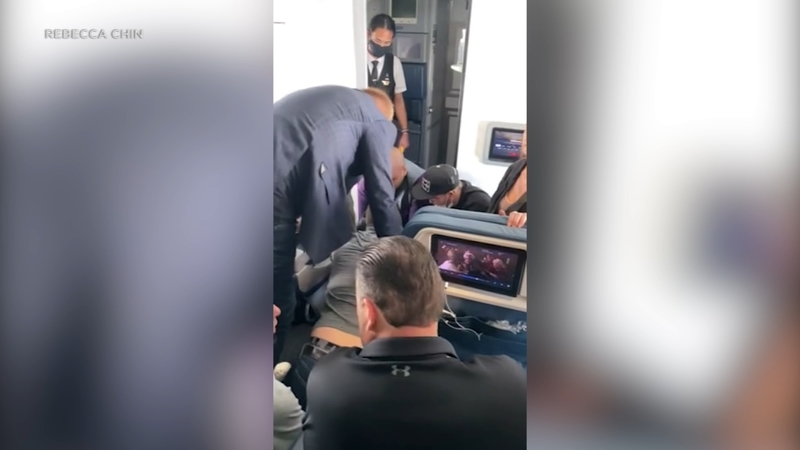 New details in attempted cockpit breach on flight from LAX

LOS ANGELES (KABC) -- New details are emerging about an attempted cockpit breach on a Delta Airlines flight out of Los Angeles last week.

The FBI has identified the suspect as Asiel Norton. According to a criminal complaint, Norton rushed to the front of the aircraft mid-flight on Friday. He pushed aside flight attendants and began pounding on the flight deck door, repeatedly yelling: "We need to land this plane."

The airline said crew and passengers pinned down the man, and he was not able to breach the locked cockpit aboard Delta Air Lines Flight 386. Video taken aboard the plane shows the zip-tied and shoeless man surrounded by passengers and crew members.

Norton was arrested after the plane, which took off from LAX and was headed to Nashville, was diverted to Albuquerque. He is expected to appear in court Tuesday.