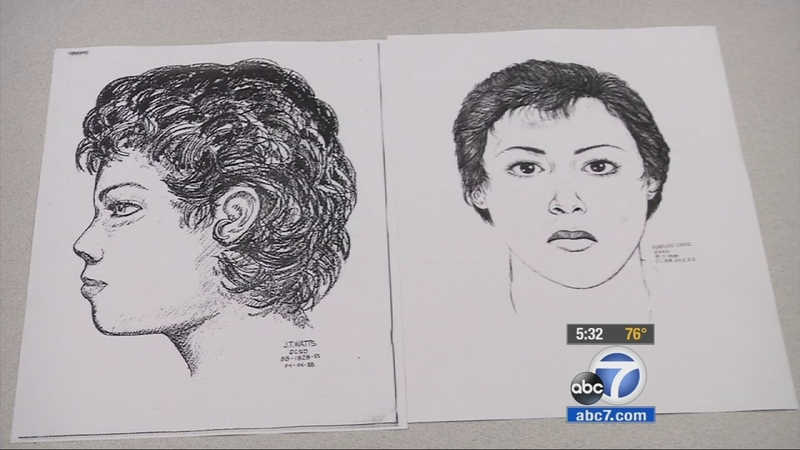 On March 31, 1988, a man walking his dog at Santiago Park found the woman's body. An exhaustive search for clues and the victim's head came up empty, until four days later.

Detective Gus Moroyoqui shows Eyewitness News where the scene happened, about eight to 10 steps east of where the body was found.

Attempts to identify the woman have been unsuccessful despite numerous sketches and DNA tests, and no family members have come forward.

The case was closed, until recently, when Moroyoqui reopened it in an attempt to find the killer.

The team hopes new technological advances and clues can lead them to answers, starting with the identity of "Jane Doe."