How much money is at stake when you don't fill out the census? Here's a breakdown.
KABC
By Sophie Flay 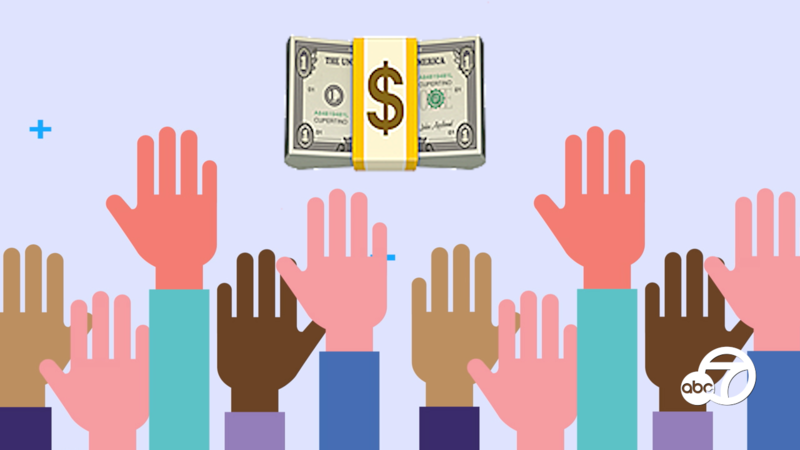 LOS ANGELES (KABC) -- Census data is used as a guide to help decide how billions of dollars in federal funding will be distributed each year at the state and local levels, according to the U.S. Census Bureau.

Not counting all individuals in a community affects the amount of funding that community will receive for the next 10 years.

According to Martha Dominguez, Deputy Director of External Affairs and Media Relations at the California Census office, for each person that doesn't fill out the census, your community is losing about $1,000 per year.

"The number that we have worked out with the Department of Finance is $1,000 per person for the next 10 years," said Dominguez.

After one year, that's almost the same amount of money as a new laundry machine.

After five years, that's similar to the cost of a used car.

After 10 years, that would equal $10,000, and according to the LA Food Bank $10,000 could provide 40,000 meals to people in need.
Make Yourself Count 2020 Census
ABC7 is teaming up with the U.S. Census Bureau and our Community Partners in an effort to encourage self reporting and complete the 2020 Census. Make Yourself Count!

And while you can't necessarily see this money in the palm of your hand, it's being distributed to federal programs that many people rely on every day like Medicaid and the National School Lunch Program, according to the U.S. Census Bureau.

Don't forget, census responses are due by September 30.

It's nine simple questions and you can fill it out by visiting 2020census.gov.

"The information that you're providing is the same information as you would signing up for any social media app," said Dominguez.