The lives of an undocumented 8-year-old boy and his father are starting to turn around. An immigration attorney surprised them both at their flower stand by pledging to help them with their legal status in the U.S.
KABC
By Eric Resendiz 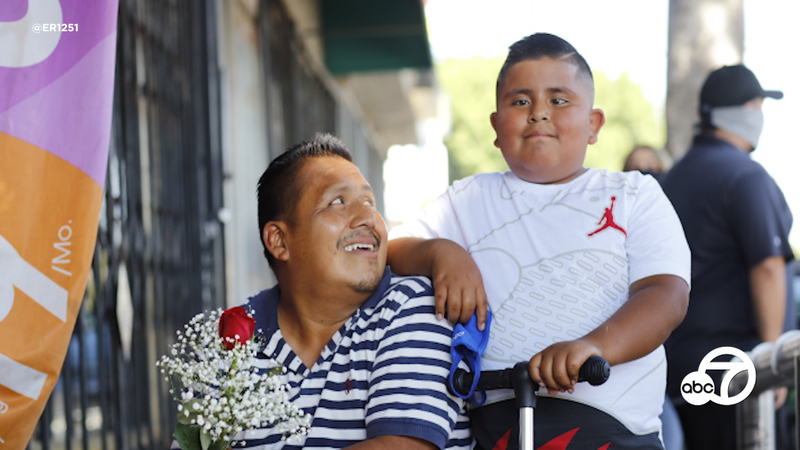 BOYLE HEIGHTS, LOS ANGELES (KABC) -- The lives of an undocumented 8-year-old boy and his father are starting to turn around.

Edgar Machic Jr. was caught on camera during an Instagram Livestream, helping his dad sell flowers in Boyle Heights in July.

After the video was shared, father and son were shown an outpouring of support by the community, and a GoFundMe account raised more than $45,000.

Then, about a week later, an attorney walked up to their stand.

"God touched the heart of the attorney, Alex," said Edgar Machic, junior's dad. "He's getting Edgar Jr. permanent residency in the U.S. Doing that first, then getting me political asylum."

Junior started helping sell flowers when his dad lost his job due to COVID-19.

The two immigrated to the United States after the son's mom passed away and had to leave his two sisters behind.

"We're here as an extension of Edgar's mom, and in honor of my own mother, who passed away, to help Edgar and his dad achieve that American dream," said Alex Galvez, an immigration attorney. "Edgar is eligible for the green card."

Galvez, who heard about the boy's story, surprised the dad and son at their stand by pledging to help them both.

"Edgar is helping me out more than I am helping him out. Because it's just a reaffirmation that when I wake up, I have a job to do, and it's to help out an immigrant," said Galvez. "Every time I get somebody the green card, I'm not just changing his life. I'm changing every generation after that person. And it's a big responsibility."

According to the attorney, he'll be representing dad and son pro bono. It can take Edgar Jr. about three years to become a lawful permanent resident and up to eight years to resolve his father's case.

"Thank you and God bless all of you for helping us," said Edgar Jr. 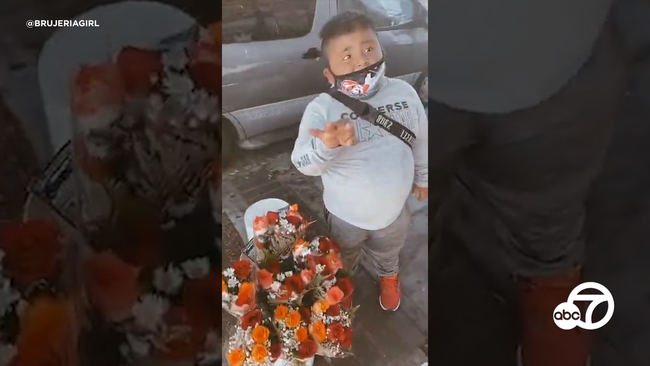