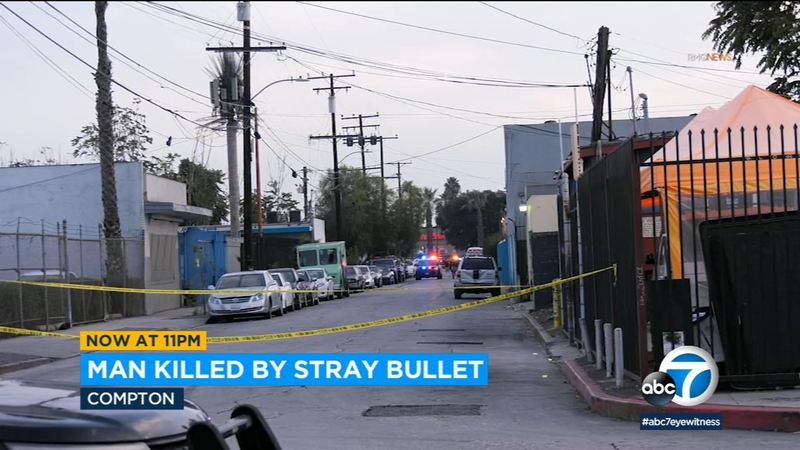 COMPTON, Calif. (KABC) -- An apparent innocent bystander was killed by a stray bullet in Compton on Sunday.

A search is underway for the killer.

Sheriff's deputies responded to a shooting call around 10 a.m. in the 200 block of North Bowen Avenue.

They found a man, believed to be around 45 years old, on a driveway who had been shot. He was brought to a local hospital and pronounced dead there.

Investigators learned the shooting happened about half a block away and it does not appear the victim was the intended target. Suspects in a car fired at someone on foot near North Bowen and East Palmer Street. They all fled the scene before deputies arrived.

"It appears the victim was an innocent bystander struck by a stray bullet," the sheriff's department said.

The shooting appears to be gang-related.

Anyone with information is asked to call the Los Angeles County Sheriff's Department's Homicide Bureau at (323) 890-5500.