HOLLYWOOD HILLS, LOS ANGELES -- Los Angeles County sheriff's homicide detectives served a search warrant Thursday morning at the Hollywood Hills home of rapper YG, whose vehicle was involved in a July 3 chase and shootout between deputies and a gunman that resulted in the death of an innocent bystander, authorities said.

YG, a Compton native whose real name is Keenon Jackson, was not home at the time of the raid and has not been accused of a crime, sheriff's officials said. Officials say Jackson is leasing the property on Blue Jay Way.

One person at the home, identified as Tyquan Williams, 29, was arrested on a weapons charge during the raid and he was being held in lieu of $25,000 bail, officials said. Several people were detained but no additional arrests were reported.

YG has previously said he was unaware of the incident that began in Compton and ended in Inglewood, which involved a black Cadillac Escalade registered in his name, until after it occurred.

"I was in Hollywood recording in the studio all day," the hip-hop artist said July 5 on Twitter. "I was there until after midnight on the 4th of July."

The sequence of events began in the late evening of July 3 when sheriff's deputies responded to a report of a reckless DUI driver. A shootout began, and a bystander later identified as 65-year-old Ricky Cornell Starks was fatally caught in the crossfire.

A rolling gun battle ensued, with someone inside the SUV firing at deputies and a sheriff's helicopter as the chase made its way into Inglewood.

One deputy was struck by gunfire and suffered minor injuries, authorities said. A patrol vehicle's windshield was riddled with bullet holes.

At least one person was detained at the end of the chase, and investigators discovered that the Escalade was equipped with "aftermarket bulletproof glass" and armor. 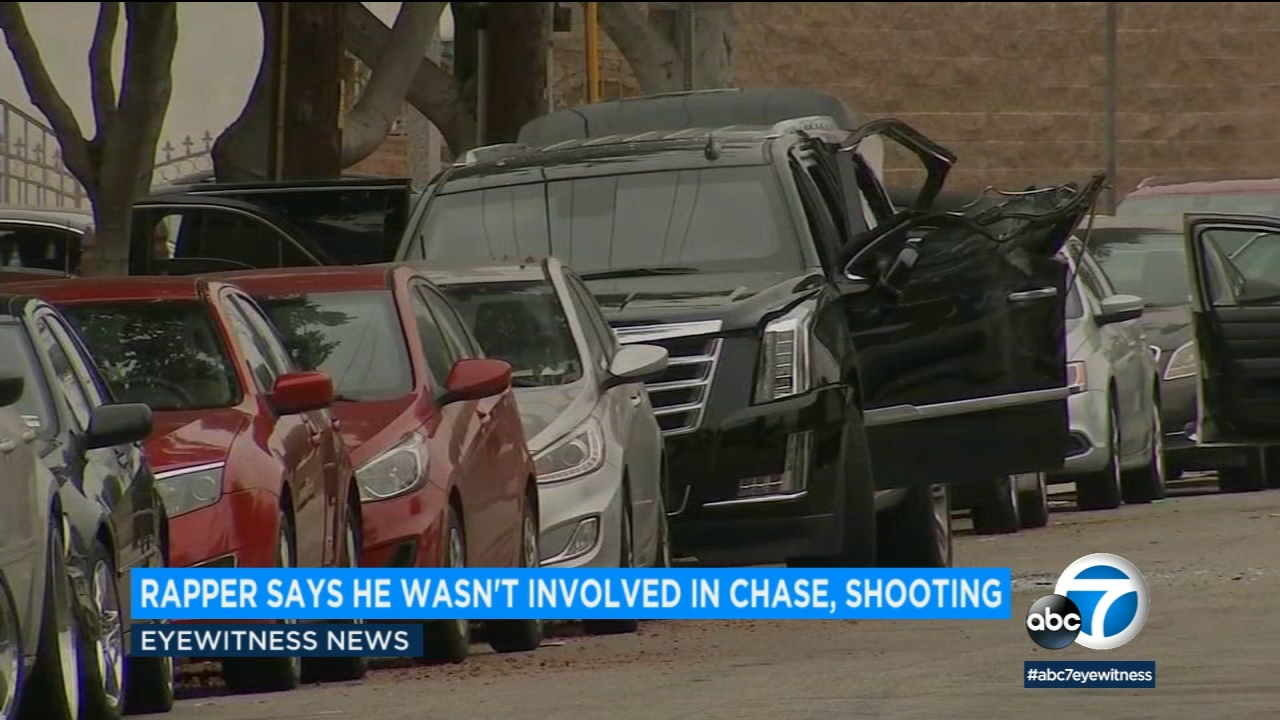 Rapper YG says he was nowhere near scene of Compton shootout, chase involving his SUV