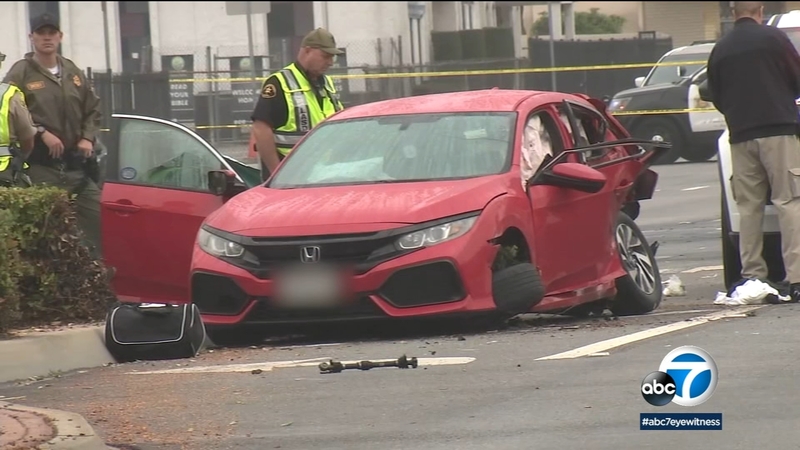 COMPTON, Calif. (KABC) -- An investigation is underway after two women were killed in a wild street takeover crash in Compton overnight.

The women were identified by the coroner's office as 18-year-old Jennyfer Flores from Long Beach and 20-year-old Michellie Gonzalez from Cudahy.

The crash happened around 11:40 p.m. Sunday near the intersection of Wilmington Avenue and Stockwell Street, according to the Los Angeles County Sheriff's Department.

The driver of the silver Nissan, who asked to not be on camera, said he was driving through the intersection with a green light going about 45-50 mph when the collision happened.

Treyshawn Cooley added he was on his way home from dropping his cousin off.

"When I get to the light, the car comes out. I guess he didn't see me... my light was green... I'm coming straight and they come out and I hit them," he said. "First thing I do is take off my seatbelt and I get out of the car and it's a whole bunch of people and I guess it was a street takeover."

The two victims both appear to have been in the Honda at the time of the collision.