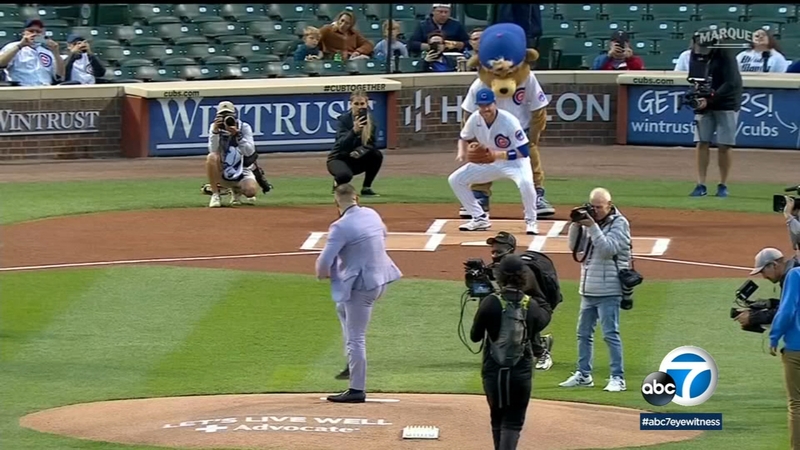 The MMA star threw the ceremonial first pitch ahead of the Chicago Cubs' game on Tuesday, only for his attempt to sail high into the air towards the stands.

"I cannot stop laughing at this," fellow UFC fighter Justin Gaethje wrote on Twitter. "Every MMA fighter that has represented us doing this has looked terrible but this takes the cake."

Not that McGregor seemed to think it was a particularly bad effort.

"The most devastating first pitch ever seen in the iconic Wrigley Field," was the 33-year-old's summary.

"The venom is there, the power is there. It's a little off accurate-wise ... It was either lob it friendly or aim to take him off his feet. If that was on target, we would have had a problem, I'd say."