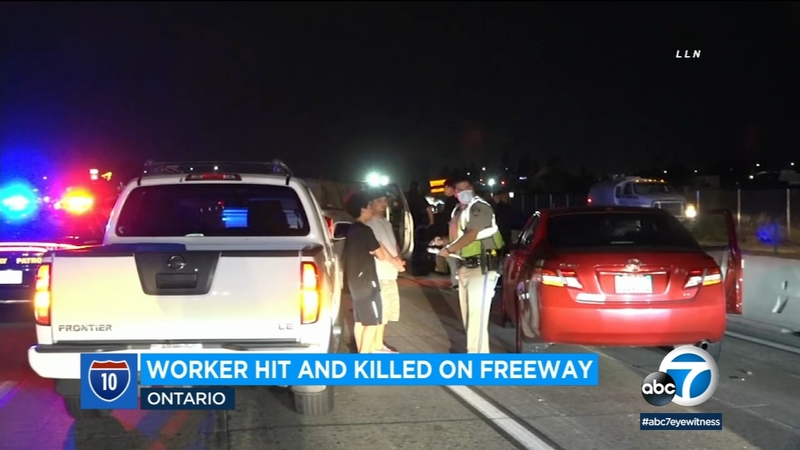 ONTARIO, Calif. (KABC) -- A construction worker was hit and killed by an alleged drunk driver on the 10 Freeway in Ontario.

The California Highway Patrol says the worker was standing along the road when he was hit by a car Friday night near Archibald Avenue.

Several people and other highway workers stopped the driver who was attempting to leave the scene of the crash. The driver was arrested for driving under the influence.

The worker was a contractor for a paving company, but the victim's name or age was not immediately released.