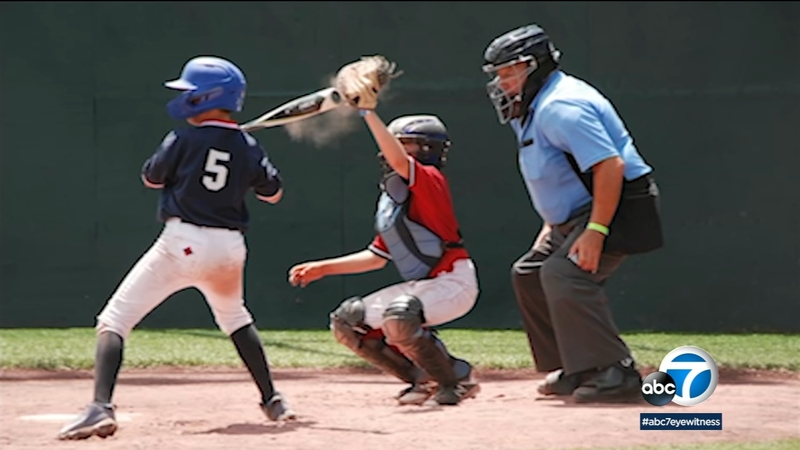 Last season the biggest youth baseball tournament in the nation held at Cooperstown Dreamparks in New York was scrapped due to COVID-19.

This season expected to be a different story.

This is until parents got really bad news.

Jose Vicuna says Cooperstown sent out a bulletin through their main page saying that kids 12 and above have to get vaccinated.

Vicuna was outraged given his 12-year-old son Jeremiah's baseball team, the East Valley Eagles in North Hollywood, had been excited to play ball in the tournament in July.

Roughly a week ago, Cooperstown Dreamspark issued a statement to parents in part saying "All participants, coaches and campers 12 years and older must be immunized. Immunization requirements: Covid 19."

Jose says "We are barely getting vaccinated ourselves and they want 12 year old kids to get vaccinated. Now we have to break the kids' hearts, telling them we can't go to this big tournament they've been dreaming of for the past 4 or 5 years."

Health officials nationwide are only allowing people 16 and older to get vaccinated.

A Cooperstown tournament organizer says the vaccination mandate does not apply to players 11 years old and younger.

Younger players just have to abide by all COVID-19 safety protocols. He would not clarify why 12 year olds in their final season in youth baseball were under the mandate.

Jose argues his son's team has been playing ball this season so why shortchange the kids now. He says it would have been his son's team's first time attending the tournament, which is a dream for 12-year-old baseball players.

He says 108 teams play per week in the three-month tournament which kicks off in June and ends in August.