CORONA, Calif. (KABC) -- Two people were killed and a baby was rushed to the hospital following a crash in Corona.

The incident occurred shortly before 8 p.m. Saturday on the 15 Freeway just north of Ontario Avenue.

Corona firefighters and the California Highway Patrol responded to the scene. Circumstances surrounding the crash were not clear.

Investigators said two adults were killed, and a baby was rushed to the hospital. The condition of the baby was not immediately known.

The two deceased individuals were identified as 32-year-old Jose DeJesus Ibarra-Espinoza and 26-year-old Rosio Ibarra, both of Lake Elsinore.

Authorities are searching for a black Honda Civic, possibly modified for racing, in connection to the crash.

Correction: The crash was reported earlier as a hit-and-run incident. However, CHP officers say they are trying to determine the cause of the crash and could not confirm if it involved a hit-and-run. 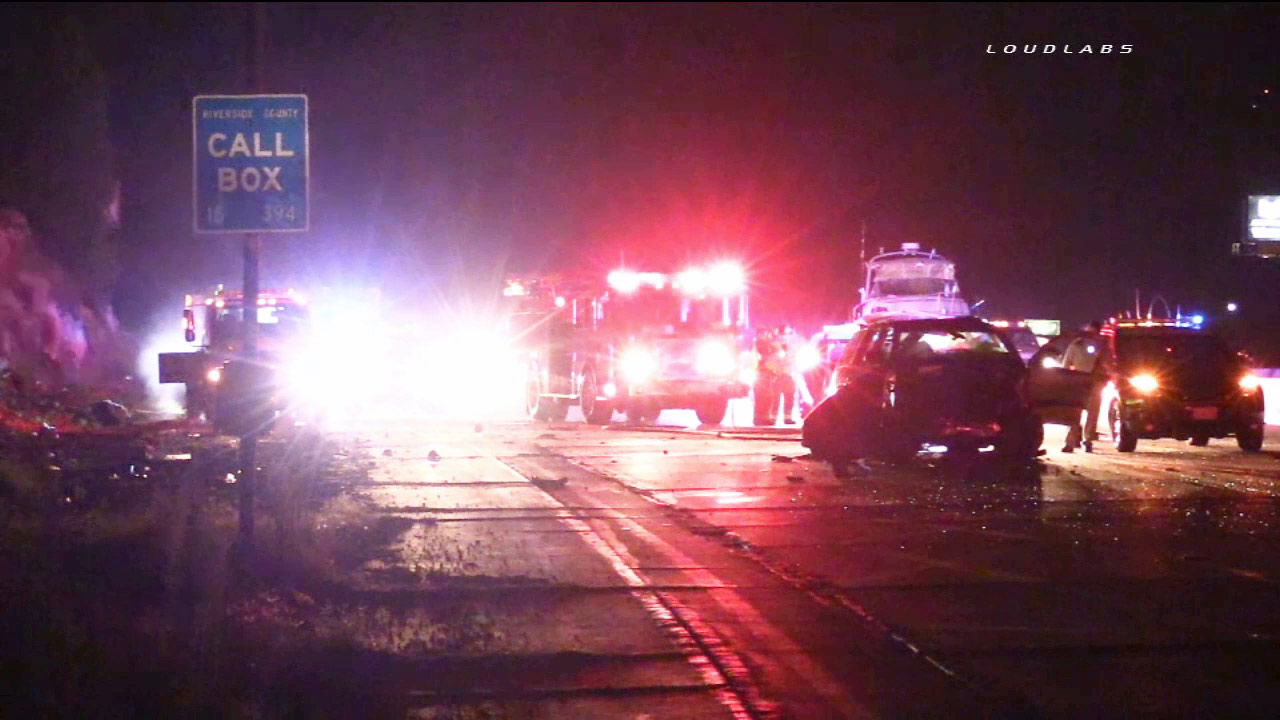