LA could see a wave of evictions if more steps aren't taken to protect renters, a UCLA study says.
KABC 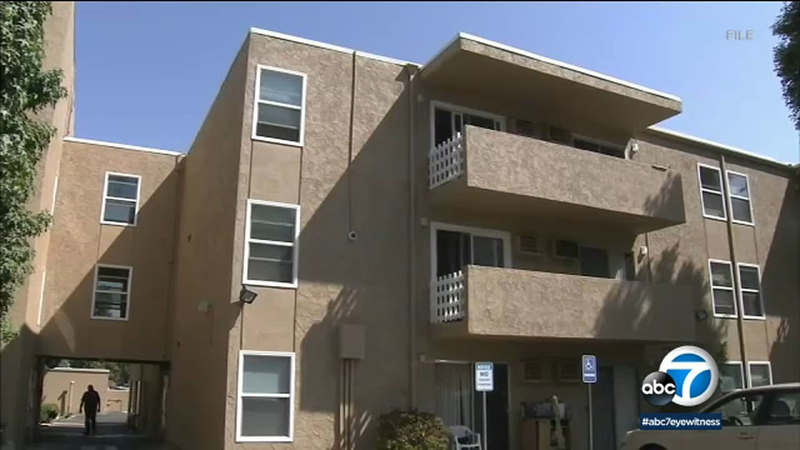 LOS ANGELES (KABC) -- The working poor who have lost their jobs are at risk of losing their homes too, according to studies by UCLA justice researchers.

Unlawful detainer notices, which are lawsuits to evict tenants, could go out as early as Aug. 14 when the Los Angeles County moratorium on evictions potentially could be lifted.

About 365,000 renter households in Los Angeles are in imminent danger of homelessness unless elected leaders take sweeping action.

Proposals include cancelling rent or reducing the amount a tenant would have to pay back later when the tenant is working again. The government could also pay landlords back with tax credits.

The report, "UD Day: impending Evictions and Homelessness in Los Angeles," includes a map of where renters are most vulnerable. Among the hot spots are neighborhoods of South Central, the Alameda corridor and Watts. In the San Fernando Valley vulnerable neighborhoods include Van Nuys, Pacoima, Arleta and Panorama City.

The studies looked at 599,000 workers who lost their jobs and are not getting unemployment checks. Associated with them are 558,000 children.

UCLA legal specialists say the mayor and the county Board of Supervisors could use their emergency powers.

"They can stop all evictions. If they can seize property without any notice in fact, as long as the pay for it later, they can stop evictions," says UCLA law professor and study author Gary Blasi.

One potential path to recovery urged is public acquisition of hotels and motels. At least 30% of rooms that serve tourists are vacant nationwide. One report says rooms in Los Angeles County will likely remain vacant through the pandemic and beyond.

"We anticipate that 70,000 of these rooms will not return to business as usual for four to five years," says Ananya Roy of the UCLA Luskin Institute on Inequality and Democracy.

Motels in vulnerable areas are noted on a map. There is a concentration in the Pico Union and Westlake areas. There are larger clusters in South Los Angeles along the Harbor Freeway.

Researchers say that motels and hotels in these locations are targets for investors who snap up distressed properties. The UCLA report says it is imperative for the government to acquire them before speculators do.