Three members of the Ili family got sick with COVID-19 and are sharing their story to help overcome the stigma in the Pacific-Islander community.
KABC
By Carlos Granda 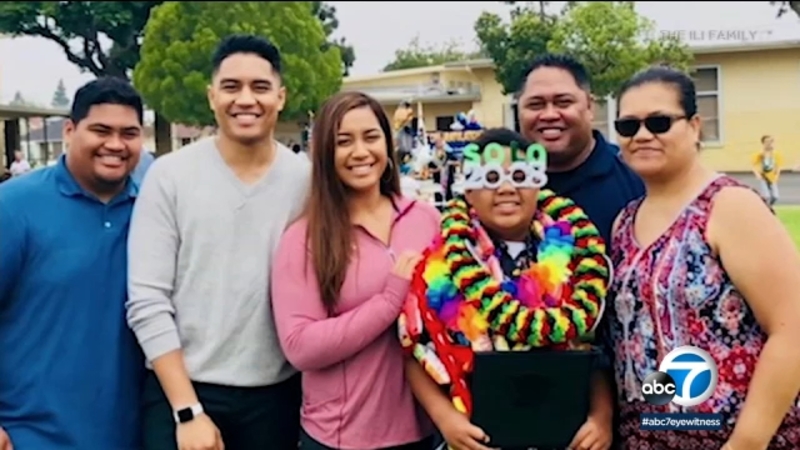 That's how Lina Ili describes being sick with coronavirus.

She says it was back in March when she first had symptoms.

Her oldest son had been sick but he recovered quickly. She wasn't so lucky.

That's when they went to the hospital and discovered she was positive for COVID-19. She believes she gave it to her husband and her younger son.

They were in the hospital at the same time.

Her son Taylor Ili says "She happened to be right in the next room right over to me so when heard about that I would call her but I didn't want to be on the phone too long because I could hear her breathing."

The oldest son Pele had to take care of the entire family. His father was confined at home.

He decided to record the story to help others. He says the Pacific Islander community is hesitant to talk about these things publicly because there is a cultural stigma to getting the disease.

Pele Ili says: "A lot of this has disrupted our culture and our traditions. A lot of it is family-based and faith based."

"The numbers have just sort of continued to rise," says Dr. Raynald Samoa, an endocrinologist at City of Hope.

He says members of the Pacific Islander community are being affected by COVID-19 for a number of reasons: Some live in multigenerational households and like to have family gatherings. Others simply don't have access to health care.

After she was taken off the ventilator Lina found out another patient near her died of COVID-19.

"I cried, I felt bad. I suffered through the same thing she did yet she passed and I didn't. So for whatever reason God has me here for a purpose."

After weeks of dealing with all of this the family is now home, healthy and thankful. They hope their story helps others.