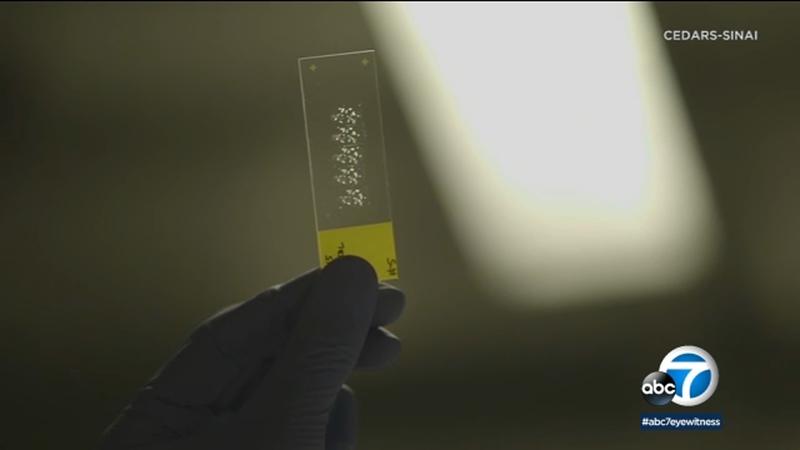 Where did the first Los Angeles COVID-19 cases come from?

LOS ANGELES (KABC) -- Local researchers discovered a surprising finding as they tracked the start of the coronavirus outbreak in Los Angeles. What they found could help scientists with contact tracing and may even offer a clue about how COVID-19 progresses.

In late January, the first U.S. coronavirus case was reported on the west coast near Seattle.

Like many experts, Cedars-Sinai genetic scientist Dr. Jasmine Plummer believed the first cases in Los Angeles originated from China. But, in a study published in the Journal of the American Medical Association, Plummer and her team discovered a big surprise.

The analysis looked at transmission routes and shared genomic characteristics of those early cases.

"When we looked in our actual local Los Angeles population, (we found) over 80% of the cases actually shared the highest similarity to the strain that found in New York, which we know actually originated from Europe."

At the time, New York was the nation's hot spot for COVID-19 infections.

Plummer and her colleagues used an advanced technique known as next generation sequencing on virus samples from 192 COVID-19 patients hospitalized in March and April.

"To give you an idea," she said. "There's about almost 30,000 base pairs that make up this whole coronavirus."

Out of those nearly 30,000 pairs, Plummer can identify the one or two which can tell researchers when people were infected and from where. It's so precise, her team was able to identify a cluster of 13 cases at a local church.

"That's how we can see the pattern of clusters," she said. "So the clustering is really how similar were all these patients to each other? And how similar were they to the global population?"

Plummer said this type of genetic sequencing can assist with contact tracing and may help predict the future trajectory of the virus.

Understanding the virus' origin and evolution may give us the information we need to stop the spread.