A captain with Costa Mesa Fire & Rescue has died two days after being struck by a suspected DUI driver in Mission Viejo.

"Our brother, Mike Kreza passed away early this morning," the agency said Monday on Twitter, referring to the 18-year veteran. "Words alone cannot describe the immeasurable heartache felt by his friends & family, including his fire family.

"RIP brother Mike, we love you!" the statement added.

The collision happened shortly after 8 a.m. Saturday morning on Alicia Parkway, near Via Burgos, as the off-duty Kreza was riding his bicycle, according to the Orange County Sheriff's Department.

Stephen Taylor Scarpa, the 25-year-old driver of the van that struck the fire official, remained at the scene and was arrested on suspicion of felony DUI, authorities said. Prescription pills were found on his person and inside the vehicle, according to the Sheriff's Department.

The Mission Viejo resident's bail was set at $100,000. He is scheduled to be arraigned Tuesday.

A GoFundMe page in honor of 44-year-old Kreza, who was married with three young daughters, has raised more than $101,000.

"Our focus is for his wife and for his kids right now, to make sure that they are taken care of," said Capt. Chris Coates of Costa Mesa Fire and Rescue.

His flag-draped body was escorted by motorcade from Mission Hospital in Mission Viejo to the Orange County coroner's office in Santa Ana on Monday morning. Police officers, citizens and fellow firefighters from neighboring cities gathered on overpasses and saluted as the procession passed on the 5 Freeway below.

For Kreza's family, friends and community, his death is hard to fathom.

"Capt. Kreza was one of the nicest guys you'll ever meet," Coates said. "Always had a smile on his face, and he's a very good man." 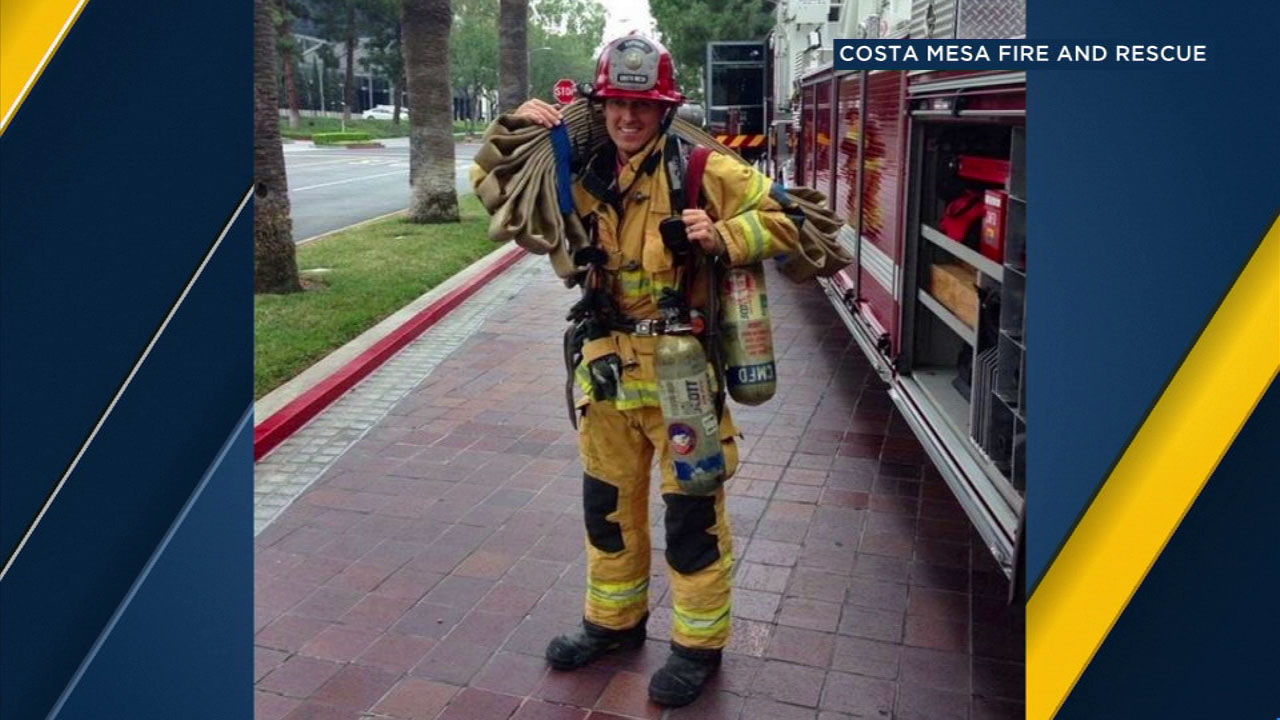