Covered California is raising premiums only by 0.6% next year as more people turn to the state health program as they lose their jobs and health insurance.
KABC
By Denise Dador 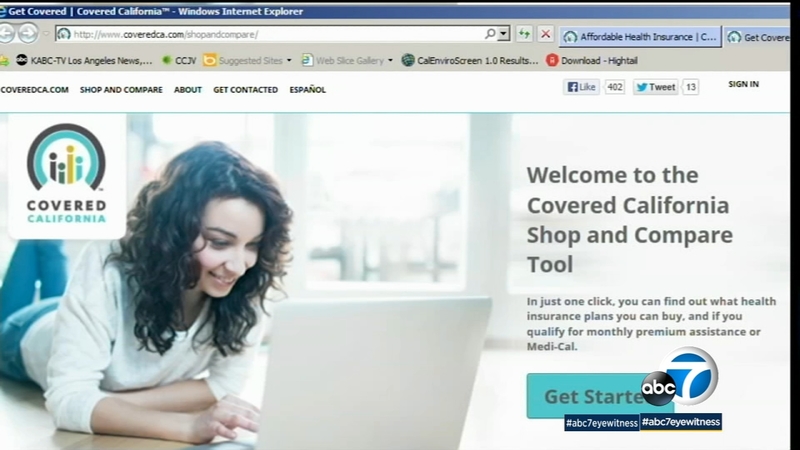 LOS ANGELES (KABC) -- More and more people are turning to Covered California as they lose their jobs and their company health insurance.

That is happening despite predictions the coronavirus pandemic might cause premiums to rise.

But there's actually a little good news for enrollees.

About 2.8 million people statewide remain jobless and many of those without health insurance. Peter V. Lee, executive director of the state's individual insurance exchange, Covered California, said even in this recession, record numbers of Californians have purchased health plans.

"We've enrolled over 230,000 Californians. That's over double the rate of people who newly-enrolled during the special enrollment period of 2019," Lee said.

Lee said despite the federal administration seeking to undercut the Affordable Care Act, Covered California premiums for 2021 will rise only about .06% - an historic low. But if you shop around, Lee says you can probably pay about 7% less for the same benefits.

"Staying at silver tier if they are silver. Staying at the gold level if they are gold," Lee said. "This is a factor of competition."

Lee pointed out that the average premium is about $587, but 9 out of 10 people enrolled in Covered California qualify for state or federal subsidies. And sometimes both. For some, this could translate into a discounted cost of $130 per month.

Lee said, "This is a factor of giving consumers the tools to drive health plans to be accountable to them and to the market."

Health care costs did go up overall, but during the pandemic fewer people were seeking medical care and a number of hospitals postponed elective procedures, bringing down claims.

What's also saving consumers money is that many new enrollees are healthier on average, which reduces costs.

Covered California spent $40 million in marketing, but says it's an investment needed to get the word out.

"We think now's the time to lean in and get more people covered when we're in a recession," Lee said.