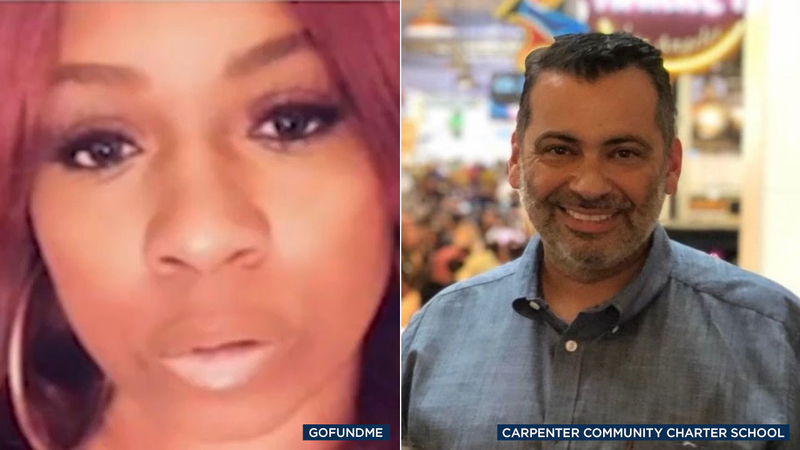 STUDIO CITY, LOS ANGELES (KABC) -- Former students and their families are sharing memories of a beloved San Fernando Valley teacher who passed away due to complications from COVID-19.

Nicholas Glover died Friday, Jan. 8 at his home. He had taught at Carpenter Elementary in Studio City for 17 years.

"I was a bit shocked when I got the news," said 10 year-old Robin Latsch, who had Glover as a teacher twice - for 1st and 4th grades. Those students are known as "Double Glovers."

"He understood me very well and we had a lot of fun," said Latsch.

Robin's father Oliver served on the school's governance council with the 53-year-old Glover. He described his son's former teacher as having "a huge presence emotionally but also intellectually."

"He was very funny, he had a dry, British sense of humor and just treated the kids as equals," added Latsch, who was unaware of the teacher's illness prior to his death being announced via email by the school's principal.

Glover is the second LAUSD teacher to pass away due to COVID-19 within two weeks.

Erica Brown-Atkinson was a 5th grade teacher at Barrett Elementary School in South LA. She passed away Dec. 29. A GoFundMe to help her family is available here.

Nicholas Glover is survived by his wife and two children, including one who is still attending Carpenter as a student. Fundraising efforts on GoFundMe have already surpassed an initial goal of $50,000 as donations pour in.

"This is more than just a teacher - they were part of the community," said Oliver Latsch.