From treatment to vaccines, pharmacies can aid patients in a pandemic, but they are harder to find in poorer communities of color.
KABC
By Ashley Mackey and Grace Manthey 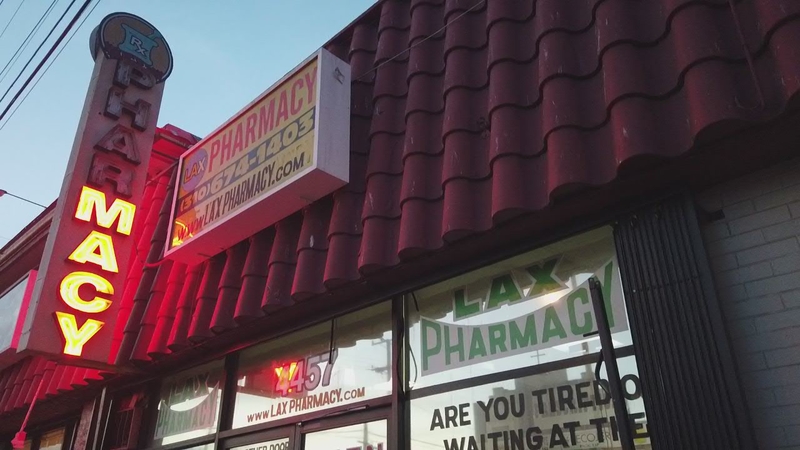 LENNOX, Calif. (KABC) -- Michael Ahdout has owned LAX Pharmacy in Lennox for 13 years. He's noticed the personal touch of independent pharmacies, especially in disadvantaged communities, that could be key in fighting the COVID-19 pandemic and getting people vaccinated.

"Most of the independent pharmacies know their patients by first name and their families and such. In which case, it's a lot easier for them to go to them and seek help with the virus and how they can prevent the virus," Ahdout said.

Help and knowledge coming from pharmacies is crucial in getting people vaccinated against COVID-19, especially in communities of color, according to Cheryl Wisseh, a health scientist and assistant clinical professor at the UC Irvine School of Pharmacy and Pharmaceutical Sciences.

Wisseh said this is largely due to historical distrust regarding medical care within communities of people of color.

But, as some pharmacies prepare to administer the COVID-19 vaccine to eligible residents across California and the country, there are some areas of Los Angeles where people don't have equal access to pharmacies, according to an ABC7 analysis of retail pharmacy license data from the state.

"In the face of not having a pharmacy that's close by, you might not have a pharmacist there who's trained to be able to deliver that accurate information in a lay-person's way, if you will, and facilitate that risk-benefit analysis that's needed for a patient to make the decision take the vaccine or not," Wisseh said.

Ahdout's pharmacy is just one of two pharmacies in its zip code with a population of nearly 26,000 people.

Minority communities have a history of structural inequity and systemic racism, said Wisseh.

"That same systemic racism you see play out in disproportionate test positivity incidents, mortality rates in COVID-19 for racial and ethnic minorities," she said.

A similar trend holds true when looking at income differences.

"If there isn't that many pharmacies that can serve the local population, as far as getting vaccinations, the vaccination rates will be lower," said Ahdout.


Graphs not displaying correctly? Click here to open in a new window.

And in communities of color, distance is just one barrier in the way of getting to a pharmacy.

Wisseh and her team at UC Irvine, in a study published in the Journal of Racial and Ethnic Health Disparities, using the same pharmacy license data from the state, found two types of what they call "pharmacy deserts."

In Type 2 pharmacy deserts, the only factor is distance: the nearest pharmacy is a mile or greater away.

Conversely, Type 1 deserts are in more densely populated communities of color that may have more people who speak English as a second language, who don't have access to a car or who live below the poverty line. All of these barriers compound on each other, said Wisseh.

"If you don't have transportation you have to think about how you're going to get there, how long is that going to take? Is that going to take away from my job? If I am low income I have to think about being able to pay for certain things," she explained. "I can't necessarily take time off from work because I need that money to pay for other competing needs. So, it starts to compound and starts to build on top of that."

Another barrier Wisseh noted was crime. Even if you have a 24-hour pharmacy down the street and aren't able to go during normal working hours, you may not feel safe going after dark, she said.

The Inglewood area has a mixture of both Type 1 and Type 2 deserts, according to Wisseh.

A possible solution, according to Wisseh is an "all hands on deck" approach.

"Everyone partnering in areas where you're likely to see those who are disproportionately affected by COVID, whether it's churches, barber shops, libraries, places where people are, to set up these types of vaccine clinics so that people can come for mass vaccinations," Wisseh said.

The county and the city have some of these vaccination sites already set up. But Wisseh said, perhaps even more important is education.