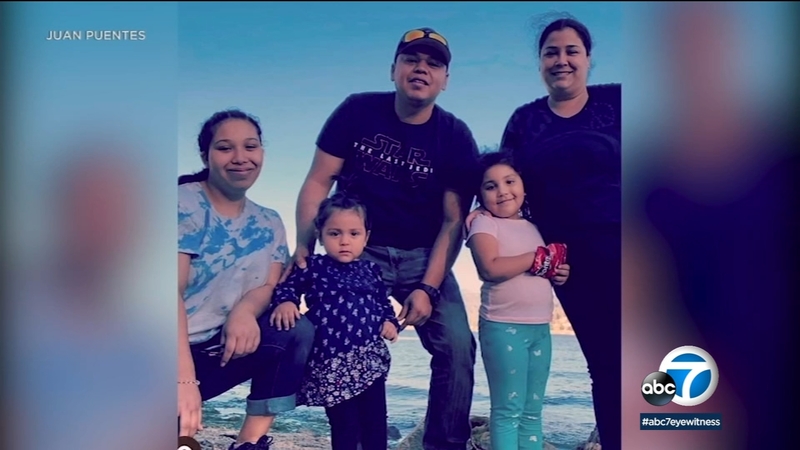 "It's been a stressful and challenging time for our family," said Juan Puentes, the brother of Leticia Delgado.

The Delgado family has been devastated by COVID. Three young girls lost both their mother and father within a matter of months. It all started back on Thanksgiving when Leticia and her husband Julio went on a trip to Chicago. They started feeling ill as soon as they got back.

"I think they felt they could just ride it out and it just got to a point where they couldn't, they couldn't really function," said Puentes.

Leticia went to the hospital. Julio stayed with her.

"After a couple of weeks of him trying to fight off the virus he decided he had to go in because he was also struggling with his breathing," says Puentes.

The family said the three girls -- ages 16, 6 and 3 -- are devastated and they are giving them love and support.

"She was all about her daughters her daughters were everything you know it's very devastating that there now they're both gone," said her sister Griselda Zavaleta.

The family said Leticia had some pre-existing conditions and at first was hesitant to get the vaccine.

"I know initially she was a bit a bit skeptic, I know she didn't want to get it initially but before all this happened I know she had a conversation with my mom that she was thinking about getting it, I think at some point maybe after the trip," says Puentes.

"We're going to make sure that they're taken care of and we're giving them a lot of love and support," says Puentes.

Puentes adds the girls grandparents are now going through the legal procedures to be able to adopt the young girls. Their main goal is to keep them together as a family.