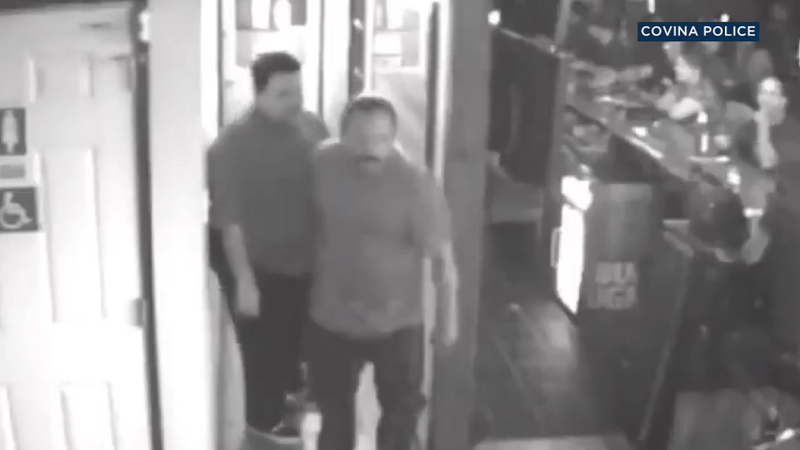 COVINA, Calif. (KABC) -- Police are looking for a man who fractured another man's skull after the two were involved in a game of pool at a Covina bar.

The victim and suspect were involved in a game of pool just before midnight. After the game, the victim went to the restroom.

Moments later the suspect was seen walking into the restroom holding a beer mug. He was seen on video a short time later leaving the restroom and putting the mug on the ground. He later exited with a female companion.

The possible motive behind the attack was not disclosed.

The suspect was described as a Hispanic man, about 40 years old, standing about 5 feet 6 inches and weighing around 180 pounds, with a mustache. He was wearing a green polo shirt and blue jeans and left in a silver car with paper plates.