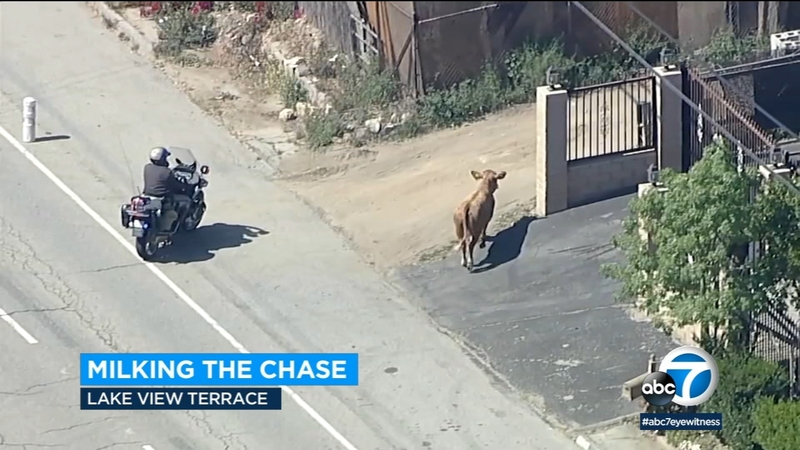 LAKE VIEW TERRACE, LOS ANGELES (KABC) -- A wayward cow was captured in Lake View Terrace after wandering onto the 210 Freeway and later leading animal control officers on a chase on surface streets.

The animal was reported running in lanes on the eastbound side of the freeway shortly before noon, according to a California Highway Patrol incident log. Multiple drivers stopped their vehicles in an effort to help.

The cow exited the freeway near Osborne Street and was followed by animal control officers into a parking lot. Efforts to corral the animal were not immediately successful, and it made its way onto a ranch-like property.

There it was lassoed and, after an apparent struggle with several officers and ranch hands, was captured.