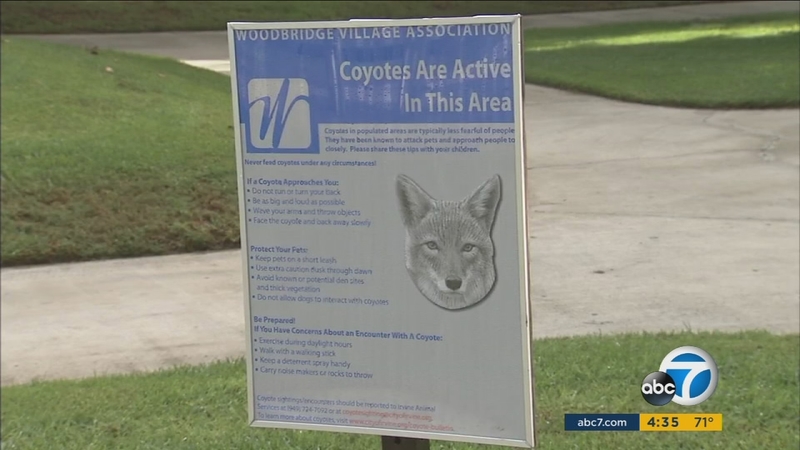 IRVINE, Calif. (KABC) -- A 6-year-old boy was attacked at an Irvine park by a coyote who tried to drag him away - the third coyote attack reported in that area in the last few months.

State Fish and Wildlife wardens responded to the attack by trapping and euthanizing four coyotes in the Woodbridge community of the Orange County city.

Officials say the animal bit the boy and dragged him by the arm a few feet before bystanders were able to scare it off. The boy was treated for minor bites and scratches.

It was the third report of a coyote biting a human in the neighborhood in the last few months and there were six confirmed cases in Irvine last year.

"Scientists are still trying to figure out if what the coyote is doing is seeing the person as a food source, or if they are trying to remove them from the location," said Capt. Rebecca Hartman with the California Department of Fish and Wildlife.

Wildlife experts advise when confronted with a coyote to not run or turn your back to the animal. Try to be loud, wave your arms and throw objects. Back away slowly while facing the animal.

"Be loud and be bold," Hartman said. "We want them to be afraid of us. We don't want to share the area with them."