Child hospitalized after being attacked by coyote in Huntington Beach; search underway for animal 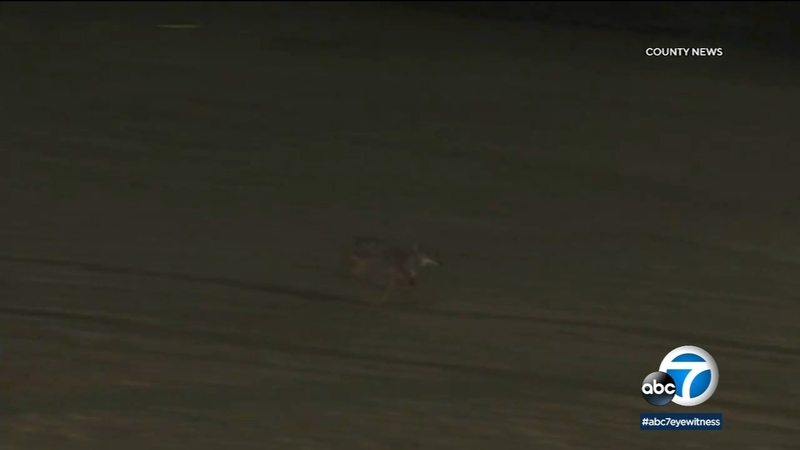 HUNTINGTON BEACH, Calif. (KABC) -- A young girl was in the hospital Friday morning after she was attacked by a coyote in Huntington Beach, prompting a search for the animal.

The incident happened north of the pier around 9:45 p.m. Thursday, according to the Huntington Beach Police Department. When officers arrived they found the injured child, but it's unclear who she was with at the time of the attack.

The unidentified girl, whose age was not released, was taken to the hospital with serious but non-life-threatening injuries.

Police say officers shot two coyotes on the beach after the attack Thursday night. One coyote was found dead on the beach Friday morning near PCH and Goldenwest Street, but authorities do not believe it was the one involved in the attack.

Even though the animal that attacked the girl hasn't been located, police expect it to be found dead given its injuries.

Garie Joncon says that he spotted the coyote before it went after the victim.

"It was all the way over here went under and then came back," Joncon said. "We saw it and then all of a sudden it went in by this family and there was a kid on the ground, and then like five minutes later, we walked back, whole crowd around the baby. The baby evidently got like bit."

Residents of the area say coyote sightings are not rare and police say they've recently increased trapping efforts across the city.

"It's scary when they're very close to you because they're bigger and you really don't have any defense," said Huntington Beach resident Diana Broderick.

She encourages beachgoers to always be on the lookout.

Any coyote sightings in the area are asked to be reported by calling 714-960-8811, or visit Huntington Beach's online Coyote Incident Reporter here.