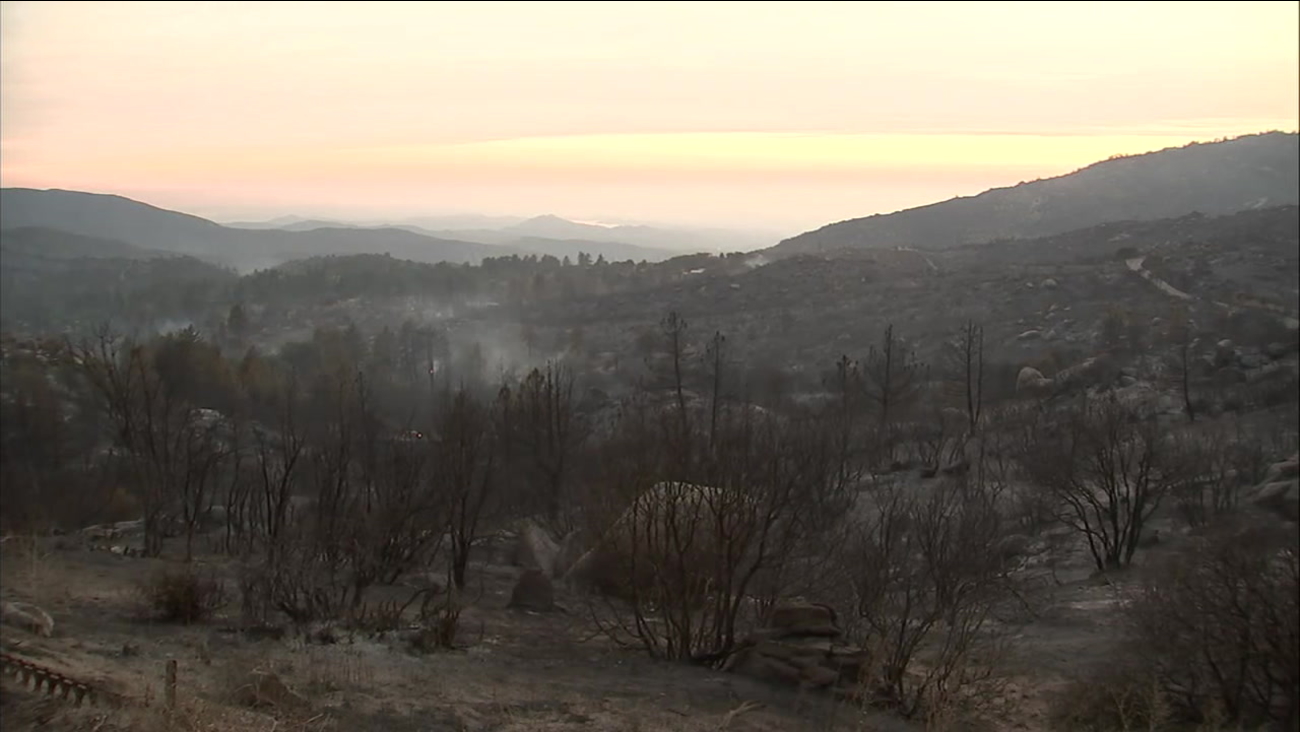 The remains of areas charred by the large Cranston Fire burning in Idyllwild is shown. (KABC)

IDYLLWILD, Calif. (KABC) -- The danger of the Cranston Fire continues to dwindle as it reaches 89 percent containment Tuesday night.

Evacuation orders were lifted for Idyllwild, Fern Valley, Cedar Glen and Pine Cove, as well as the western part of Garner Valley up to Lake View Drive at the Lake Hemet Market.

About 12 buildings were destroyed in the blaze and five others were damaged.

The blaze erupted Wednesday in the San Bernardino National Forest and quickly spread, prompting mandatory evacuations of nearby campgrounds and communities.

Authorities also arrested 32-year-old Brandon N. McGlover on suspicion of setting multiple fires in the area, including the Idyllwild blaze. On Friday, he was charged with a total of 15 felony counts related to intentionally starting nine separate fires.