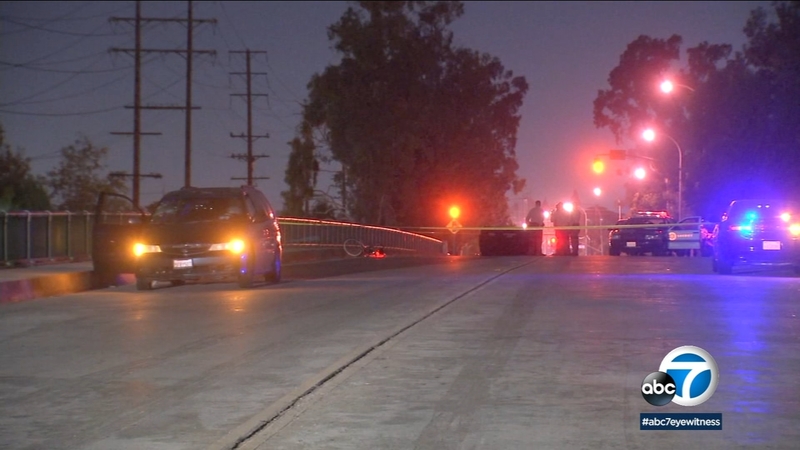 CUDAHY, Calif. (KABC) -- A bicyclist was struck and killed by a vehicle Monday in Cudahy.

The crash happened after 4 p.m. near River Road and Clara Street, authorities said. The vehicle involved had a smashed windshield.

Sheriff's investigators are working to determine what led up to the crash.

Officials said the crash occurred at a dark area with not many street lights, and are trying to determine if lack of lighting was a factor.

The driver of the vehicle stayed at the scene and called 911, according to Sheriff's officials.

Sgt. Abel Jimenez of the Los Angeles County Sheriff's Department said both the bicyclist, a man, and the vehicle were going eastbound and collided.

Jimenez said the crash did not appear to be a hit-and-run, but are still investigating.