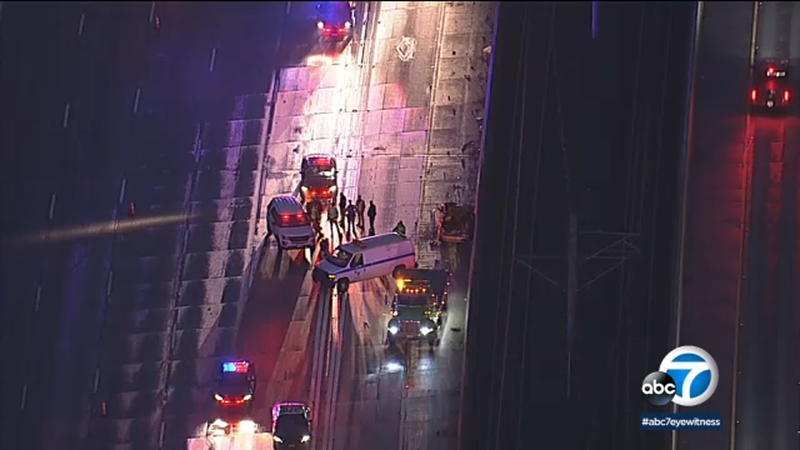 PARAMOUNT, Calif. (KABC) -- One person was killed Monday morning in a fiery multi-vehicle crash involving a semi-truck on the 105 Freeway in Paramount, authorities said.

The collision occurred about 3:30 a.m. near Garfield Avenue and initially prompted the closure of all eastbound lanes, according to the California Highway Patrol.

One person was pronounced dead at the scene, said CHP Officer Patrick Kimball. The individual was not immediately identified.

Traffic was backed up for miles on the eastbound side of the freeway, despite fewer commuters due to the Martin Luther King Jr. holiday.

All lanes were reopened by 8:30 a.m., the Highway Patrol said.

The cause of the pileup is under investigation.