BAKERSFIELD, Calif. (KABC) -- To get into the Halloween spirit, a couple photographed themselves in clown costumes in the community of Wasco near Bakersfield and posted them on social media. It has since received a lot of attention - not all of it positive.

Copy cats have taken it to a whole other frightening level by dressing up like clowns, stalking neighborhoods and scaring people. Bakersfield police say last week, they arrested a teenager who was terrorizing kids in the 800 block of Pacheco Road. He told officials he was perpetuating a hoax he saw on the Internet.

"He was dressed as a clown, chasing kids trying to scare them," said Sgt. Joseph Grubbs. When asked if the juvenile committed a crime, Grubbs replied, "Annoying juvenile, yes, that is a crime."

Police say they have gotten upwards of two dozen calls within the last week from eyewitnesses claiming they were scared after seeing creepy looking clowns around their neighborhood.

Bakersfield resident Hope Payne said she hasn't seen any clowns in her neighborhood, but she felt scared when she went outside of her home to lock her car the other night.

"I think our society is going to pot. It's just a really bad thing," said Michael Kephart, another Bakersfield resident. 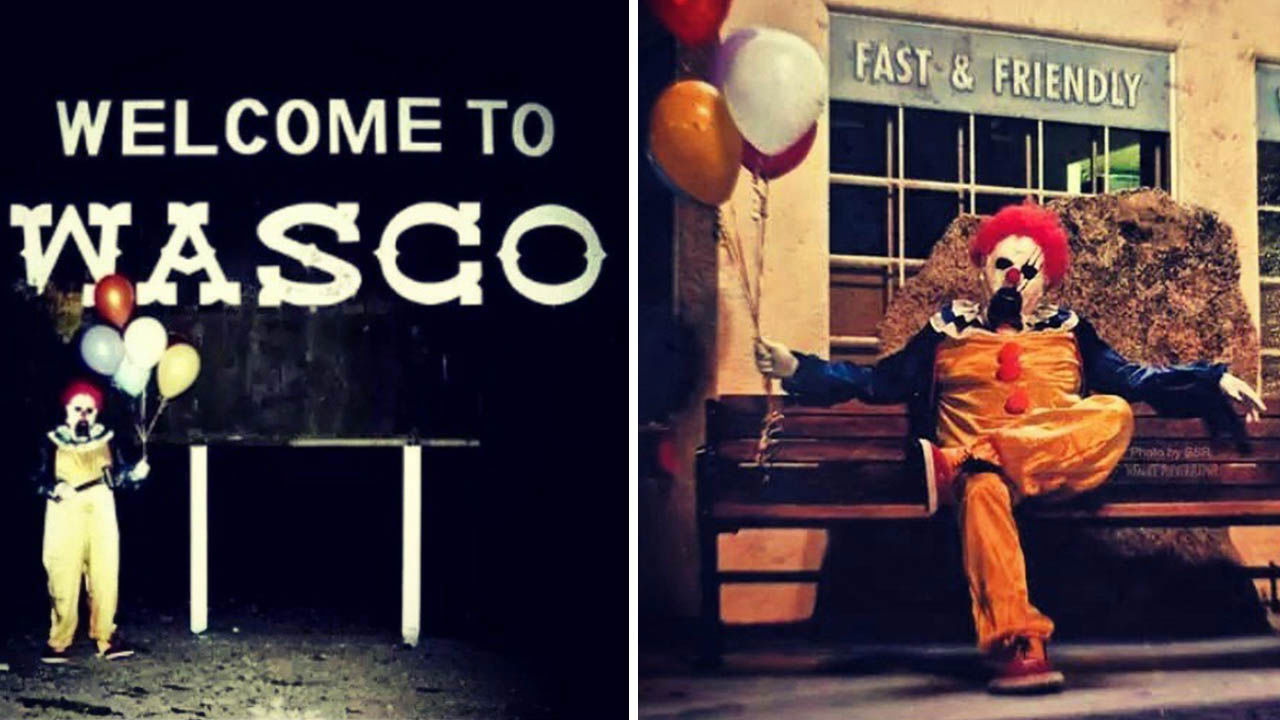 PHOTOS: Creepy clown sparks terrifying trend in small CA town
Social media accounts using the name "Wasco Clown" have posted images of the clowns from the area, claiming to be linked to the pranks, but police could not confirm a connection.

"I believe it was Thursday afternoon, we received a call, a report about a person dressed as a clown carrying a knife out in the southeast part of Bakersfield," said Ray Pruitt with the sheriff's department.

Pruitt says deputies responded to the scene and found nothing.

"We believe that the calls that we received were, for the most part, pranks that were coming in," Pruitt said.

Police want to make it clear that there is nothing wrong with anyone dressing up like a clown and roaming a neighborhood.

"If they want to dress in a clown outfit and walk down the street, ride in a car that is certainly OK," Grubbs said. "We would appreciate it if you don't try to frighten people or wield any weapons at anybody or anything like that."