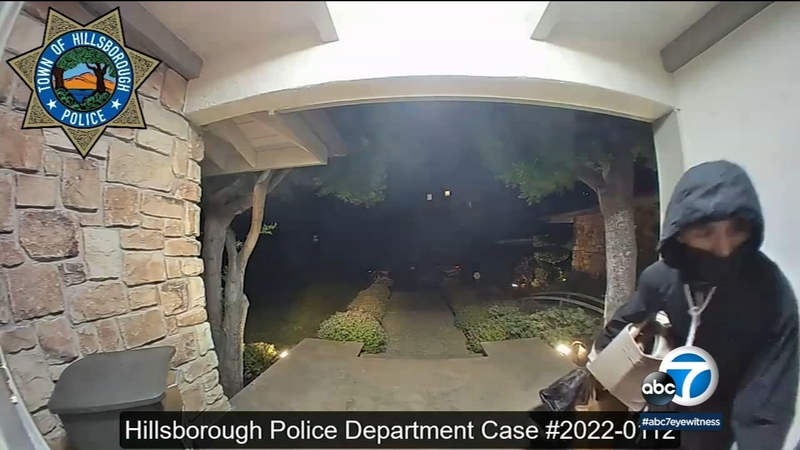 Surveillance video released by Hillsborough police in Northern California shows a burglary crew believed to be from South America targeting a luxury home. It's just one in a series of crimes involving burglars from out of the country, hitting homes in affluent communities up and down the state.

Earlier this month, the Ventura County Sheriff's Office arrested a four-man crew that robbed a home in a Camarillo neighborhood.

"This is crime tourism. They're coming here for the purpose of targeting neighborhoods," said Cmdr. Erik Buschow with the Ventura Sheriff's Office. "Specifically vehicles, homes. Not violent crimes, but they're going after the big bucks."

Police say the suspects followed him into an alley, pointed a gun at him and demanded his watch.

In the case in Camarillo, sheriff's deputies spotted the getaway car and gave chase all the way into Los Angeles. LAPD helped out in arresting the suspects.

Investigators say the crews will often wait for the homeowners to leave before moving in.

"They target homes that back up to golf courses and open space," Buschow said. "And they'll literally stand in the bushes and watch and when people leave, sometimes it's a two-hour window, they'll go out to dinner or something like that - they'll go in and pounce."

According to Ventura County sheriff's investigators, most of the "tourist burglary crews" are from Chile.

They're able to easily obtain tourist visas to travel to California by applying online. Once they have a visa they land at LAX and start their crime spree.

Residents in one Camarillo neighborhood say they're well aware of the South American burglary crews that have been targeting their community and the surrounding areas.

"Several of my friends have been hit repeatedly," Camarillo resident John McGrath said. "And it's matter of sharing information and getting involved in community watch. Things like that really seem to help. And anytime you see something suspicious report it."