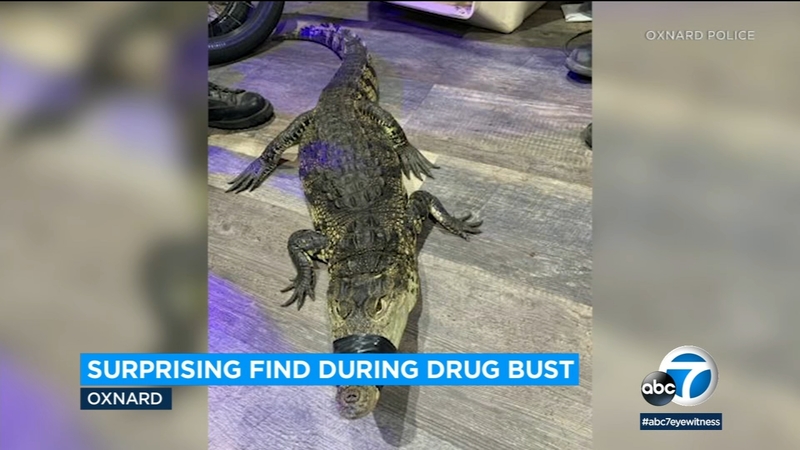 OXNARD, Calif. (KABC) -- A four-foot crocodile was discovered during a drug bust at a waterfront home in Oxnard Tuesday, police said.

Oxnard police say they found the crocodile just before 6:30 p.m. in the 2500 block of Peninsula Road during a probation search at the residence of 44-year-old Donny Askar.

When Askar's home was searched, police say they found the crocodile "submerged in a poorly secured tank with rancid water." They say the discovery was particularly troubling because it could have easily escaped into the Channel Islands Harbor.

The California Department of Fish and Wildlife was called to rescue the animal, and it has now been taken to a safe location.