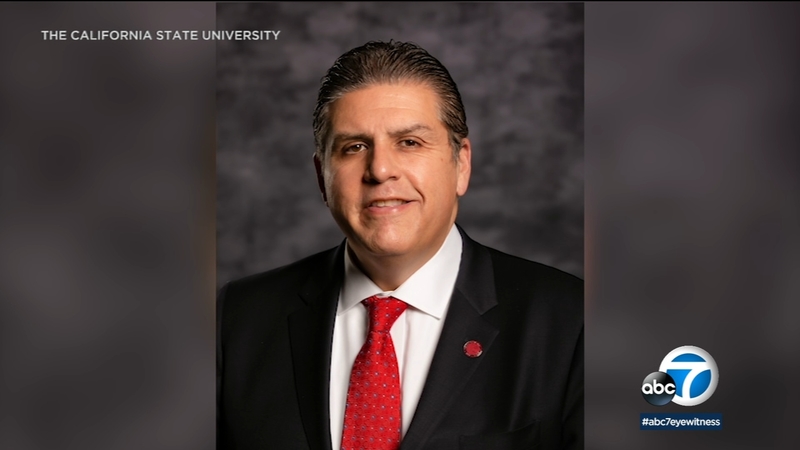 CSU Chancellor resigns amid criticism over handling of harassment case

The resignation comes amid criticism of Castro's handling of sexual assault allegations against a top Fresno State administrator while he was president of the university.

An independent investigation concluded that Lamas created an abusive workplace and engaged in inappropriate sexual conduct towards an employee.

A top administrator at Fresno State was forced out after years of accusations of inappropriate conduct, including sexual harassment.

Earlier this month, Fresno State students held a protest organized by Xitllali Loya, who said her experience of sexual violence at the university was neglected by administrators.

Steve Relyea, CSU's executive vice chancellor and chief financial officer, will be acting chancellor until an interim chancellor has been named, the board said.

The Cal State system is the largest four-year public university system in the country with 23 campuses, 477,000 students and 56,000 faculty and staff, according to its website.

Castro, appointed in 2020, was the first Mexican American and native Californian to lead the CSU system.

"I have been honored to serve the California State University for more than eight years, including as its eighth chancellor, and the decision to resign is the most difficult of my professional life," Castro said. "While I disagree with many aspects of recent media reports and the ensuing commentary, it has become clear to me that resigning at this time is necessary so that the CSU can maintain its focus squarely on its educational mission and the impactful work yet to be done."