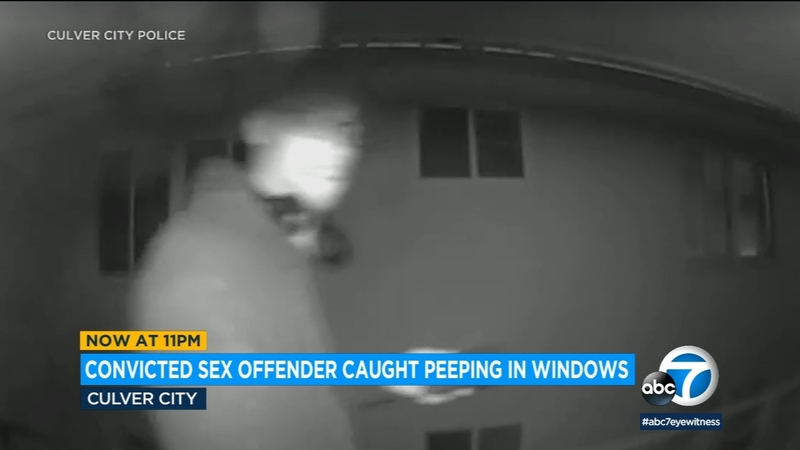 The Culver City Police Department said they received a call about a man who had been looking into the front window of a woman's home Tuesday.

CCPD said the suspect had fled by the time they arrived that evening.

After reviewing surveillance footage, the victim said the suspect had been outside looking into their residence on Monday night as well.

CCPD identified the suspect as Shondel Larkin, a registered sex offender who is currently on parole.

Authorities confirmed through Larkin's GPS tracker that he had been lurking around the victim's residence both nights.

After surveilling Larkin, CCPD arrested him after they say he was observed leering at a woman inside a separate Culver City residence Wednesday.

The victim said she did not know the suspect.

Police said Larkin had been previously booked for multiple offenses of peeking while prowling.

CCPD is asking that anyone who may have witnessed or been the victim of similar crimes to contact public information officer Sgt. Eddie Baskaron at 310-253-6316 or the watch commander at 310-253-6202.