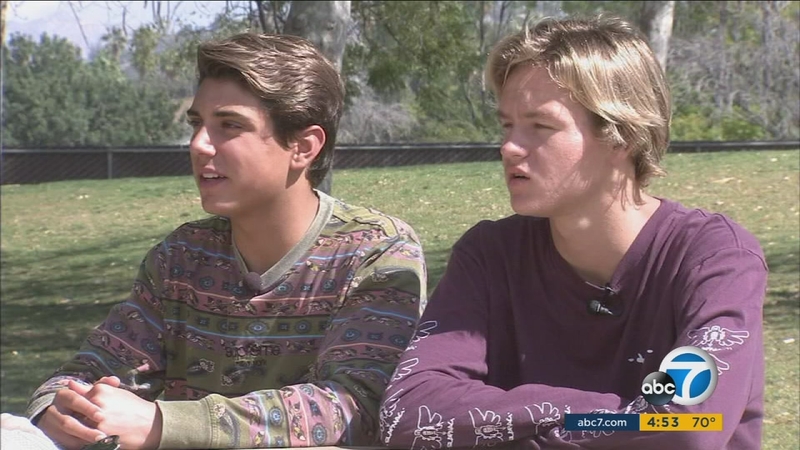 RIVERSIDE, Calif. (KABC) -- Riverside Poly High School students spoke out for the first time since they turned into Internet superstars after a video exploded on Twitter and they then fell victim to a dangerous prank.

The video has been retweeted more than 300,000 times. Since then, the students have been forced to grow up a little faster than they expected.

"School's a little different, you know we take some photos. We talk to the teachers, you know, they ask about it," Lara said.

Then, an early morning wake-up call from the cops came when someone phoned in a prank call, prompting the SWAT team to show up.

watch me and Daniel on abc7 news tonight at 4 https://t.co/Q9vjFd2OIE

So what are the teens' plans moving forward?

After speaking with Eyewitness News, the teens were asked to spend a few moments with a group of children with autism.