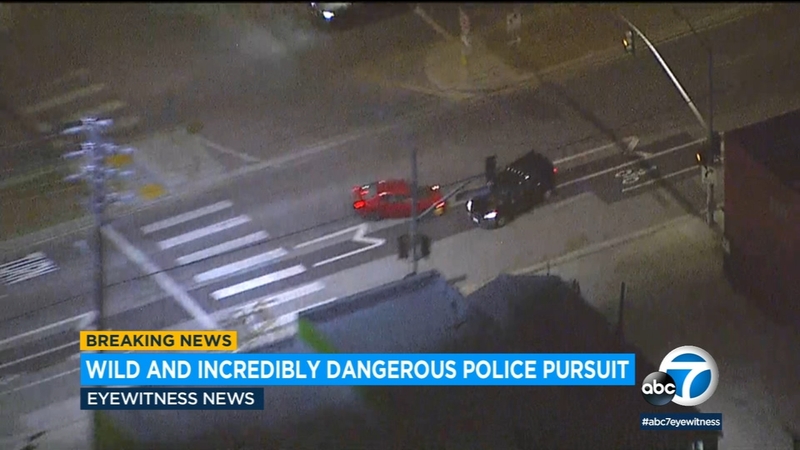 Dangerous chase ends in NoHo with suspect in custody

AIR7 HD was over the chase around 9:30 p.m. as the suspect was driving a van on surface streets in the Burbank area.

At one point, the suspect ran a red light and was almost broadsided by an oncoming car. The suspect had another close call when he drove on the wrong side of the road and nearly smashed head-on into another car.

The suspect eventually crashed into a parked car in North Hollywood, before getting out and fleeing on foot.

Police later arrested the man after he was caught hiding in a nearby carport.

The Los Angeles Police Department and the California Highway Patrol were involved in the chase.