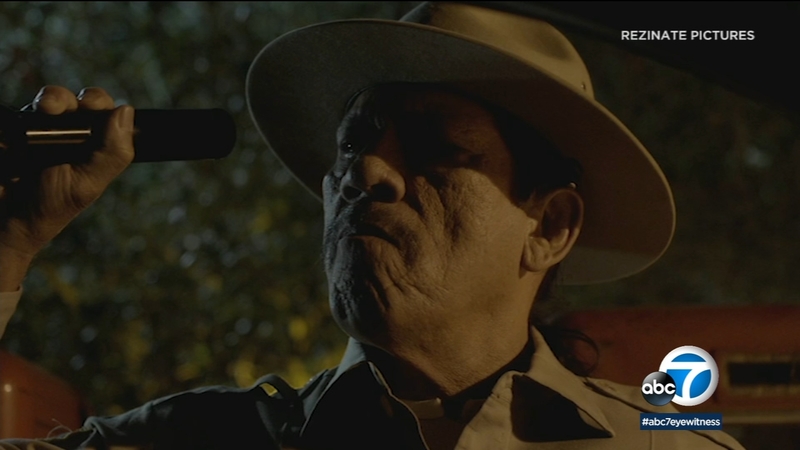 Garza always loved scary movies. So he thought, why not make one, but with a twist.

"There was nobody that looked like us, you know, on the big screen, right?" said Garza.

Garza decided to do something about that. The result is "Murder in the Woods," his homage to the slasher films he grew up watching. But this first time filmmaker knew, when it came to casting, things would be different.

"We just wanted to have non-stereotypical, regular, you know, actors that happened to be Latinos or people of color playing, you know, having lead roles in the movie," said Garza.

"I liked the script and besides that, it was a pretty solid Latino cast so, it's, you know, it's my job!" said Trejo. "You have to have mentors. You have to have people that understand where you came from, you know? And I didn't go to Juan Strasberg's, you know? I just learned doing it."

The new documentary ''Inmate #1:The Rise of Danny Trejo' follows the actor from his roots in Southern California city Pacoima, to his time in prison, to his transformation into a successful actor and outspoken activist.

"We were so fortunate and grateful to have him on board," said Garza. "Being such a small movie, you know, having such a big name and such a humble person be a part of it has been a dream come true for me."

"Murder in the Woods" is an unabashed "R" rated movie.

"There's a whole lot of places where you, like, jump back. If I'm going to go to a scary movie, that's what I want!" said Trejo.

If "Murder in the Woods" gets some traction, Luis would love to make a series of these movies, much like "Friday The 13th" or "Halloween." He is driven!

"I've been chasing this dream since I'm seven years old and, I mean, I've sacrificed a lot of things but I'm not going to give up," said Garza.

"Murder in the Woods" is available Friday, Sept. 18, on digital and on demand.

Actor Danny Trejo got the chance to play real-life hero Wednesday when he helped rescue a young child trapped in an overturned car in Sylmar.