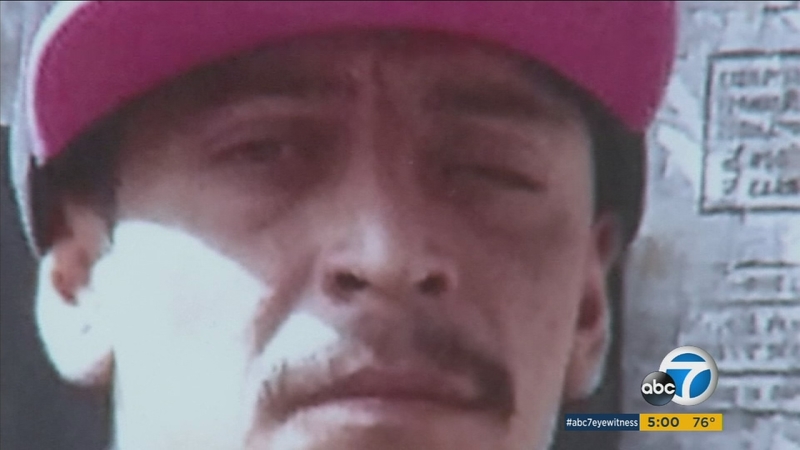 DOWNTOWN LOS ANGELES (KABC) -- The family of a Compton man shot and killed by an FBI sniper spoke out on Thursday, saying his killing was unjustified.

The Coborubio family made the announcement in the shadow of the Kenneth Hahn Hall of Administration.

Family members said David Coborubio was in the garage of a Compton home playing video games on the night of Aug. 25. Playing with him was a man wanted for a parole violation and possession of a firearm.

The family's attorney said that is when the two saw what looked like a military operation heading toward the house.

"He came to warn me what was happening, and they shot him...I saw my baby in front of the door to my room dying," the victim's mother said.

The operation was a dual task force involving an FBI SWAT team and deputies from the Los Angeles County Sheriff's Department. They had a warrant for the arrest of the parole violator.

"He saw the tanks and the big guns and he got scared and he was running toward his house to tell his family, and at that point, he was shot with a high-powered rifle through the chest cavity,"said James Segall Gutierrez, the family's attorney.

Gutierrez said the shooting was not justified, and that the 31-year-old Coborubio was not armed. In fact, he was on disability and blind in one eye.

The FBI, however, said its agents did find a gun.

The family Thursday morning marched into the L.A. County clerk's office to file the preliminary paperwork for a possible lawsuit against the county, and the family's attorney said he will file a claim for damages against the FBI the following week.

Gutierrez said three family members were seeking $1 million in damages each, and the amounts were likely to go up.

Meantime, the victim's loved ones said they were calling the shooting another example of law enforcement gunning down minorities.

She added, "How are we able to pick up the phone and dial 911 and trust them to come save us when they are out here killing us?"