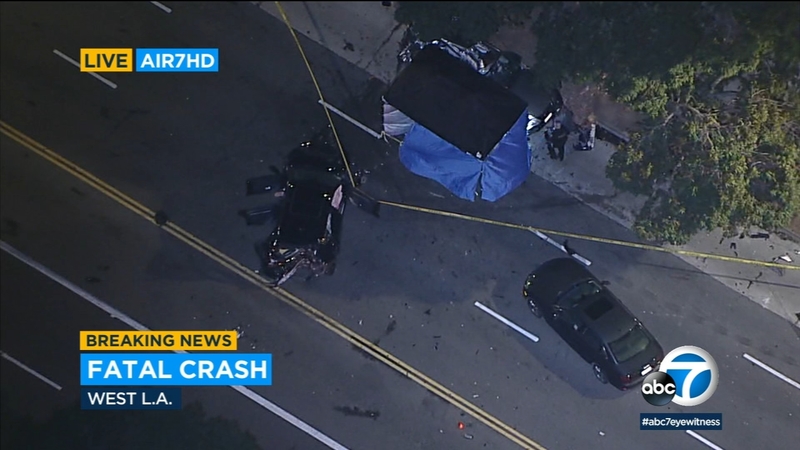 LOS ANGELES (KABC) -- A woman was killed and a teenager was hospitalized in a two-car crash in West Los Angeles Wednesday evening, officials said.

The Los Angeles Fire Department responded to the area of Olympic Boulevard and Overland Avenue at around 5:48 p.m.

LAFD said the woman was briefly trapped in the wreckage and was later pronounced dead at the scene.

The other driver, a teenage boy, was taken to a hospital with moderate injuries.

AIR7 HD was over the scene as an investigation was underway and captured two vehicles. One of the vehicles involved was severely damaged.