Dearden's closing its doors after 108 years of business 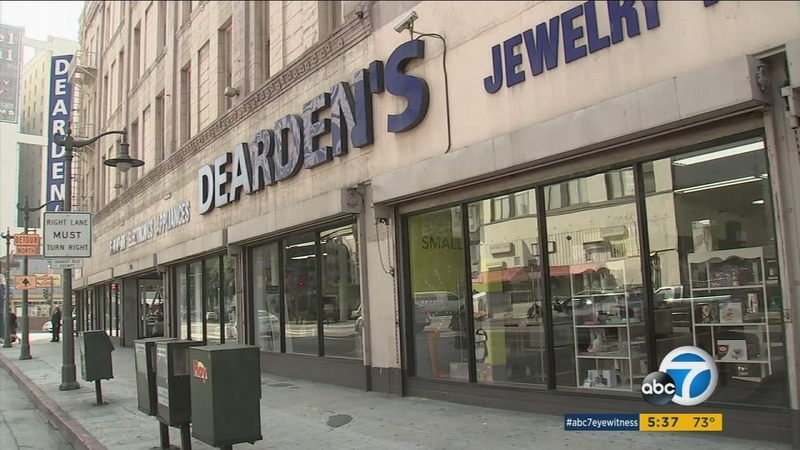 DOWNTOWN LOS ANGELES (KABC) -- It's the end of an era for one of the oldest businesses in Los Angeles. Dearden's is closing its doors more than 100 years after making its debut.

Dearden's was founded in 1909 as a furniture store and later expanded its offerings to electronics, appliances, housewares, jewelry and more.

"It's sad. It's been around forever. We're losing our history daily, things are just falling away," said Los Angeles resident Jimmy O'Neil.

Like a lot of retailers, Dearden's just doesn't generate the foot traffic it used to. The garment factory workers that used to shop there have moved out and have been replaced by wealthy city dwellers.

"The garment industry was housed downtown, and over time, that's dwindled and continues to dwindle now as downtown revitalizes and finds other purposes," said Dearden's CEO Ronny Bensimon.

Another part of the problem was electronics. They just don't sell the way they used to, with many buying items online. In some cases, people just don't need certain items because of smartphones.

"There was always something that would rev up sales, whether it was the introduction of the VCR or the DVD or CD, flat screen TVs, camcorders, always something came in that pulled in sales. Today, anything that's new in that field seems to be an app on a phone," Bensimon said.

After 108 years of business, the chain that offered everything from furniture to check-cashing is closing its doors along with a chapter of L.A. history.

The company made the official announcement about the closure on Thursday. Employees say it wasn't an easy decision.