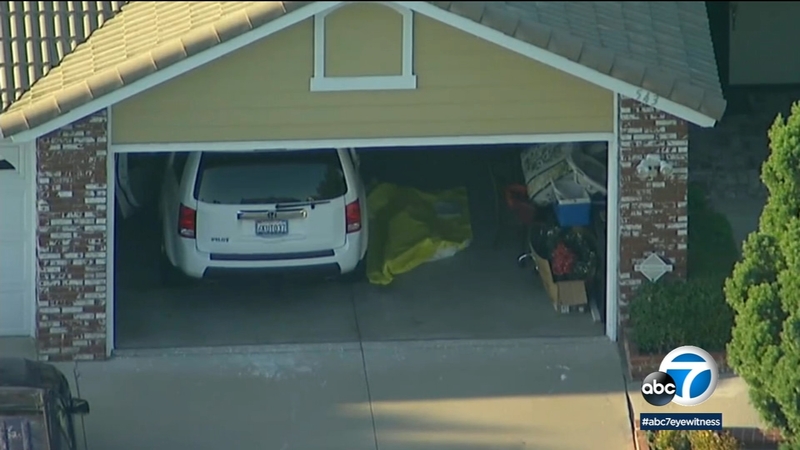 ONTARIO, Calif. (KABC) -- Police are investigating the death of two girls at a home in Ontario as homicide, but it is unclear who is responsible or how the girls died.

The two children, one just four months old and the other her 14-year-old sister, were found dead in the garage of their home Tuesday afternoon.

The mother of the two girls was found unresponsive at the scene and then was brought to a local hospital, where she was listed in stable condition.

The incident was reported at a home in the 500 block of East Tam O'Shanter Street Tuesday afternoon.

Police were hoping to interview the mother at the hospital. The father of the two girls was questioned by police and released.

A man who is believed to be the girls' father was seen coming out of the home Wednesday morning to get the mail.

A cause of death has not been determined.

Authorities explained how difficult it is for first responders in an incident such as this one.

"They're administering CPR to an infant and to a teenager. And so, especially knowing that those efforts were unsuccessful, just was heavy on everybody's hearts and minds," Ontario police Sgt. Bill Russell said. "And it can be really traumatizing for our officers as well as our dispatchers who have to listen to these things unfolded over the phones sometimes. It can be very traumatizing, and it's tough on them too."

Ontario Police are working a suspicious death at a residence in the 500 block of East Tam O Shanter St. One adult has been transported to the hospital for treatment. Please stay out of the area.

UPDATE: OPD Officers responded to discover 2 deceased children. 1 adult has been transported to the hospital. Detectives have yet to determine the cause of death.The investigation is ongoing. There is no threat to the neighborhood. Please stay out of area. Details to follow.

Detectives are investigating. No suspect information has been released.

"There is no threat to the neighborhood," Ontario police tweeted.

Residents describe the neighborhood as a peaceful one.