From 'Will & Grace' to Hollywood Boulevard for Debra Messing 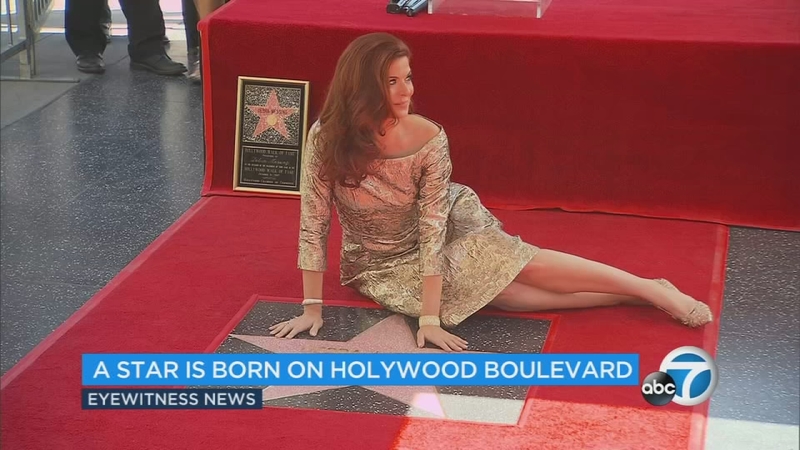 From 'Will & Grace' to Hollywood Boulevard for Debra Messing

HOLLYWOOD, LOS ANGELES (KABC) -- She's the star of "Will & Grace," and now Debra Messing has her own star on the Hollywood Walk of Fame.

"I've spent my life surrounded by powerful dynamic women: my grandmother, my mother, now my daughters and of course the divine Debra Messing," Said Will & Grace creator Max Mutchnick. "All five of these ladies have had a profound effect on my capacity to love and my therapy bills, but only one of them has made it so I live in a house with a tennis court."

Messing has been a big star on TV, but she's also appeared on the big screen and on Broadway.

But she is perhaps best known as Grace Adler in the recently rebooted sitcom, a role she received an Emmy for back in 2003.

Debra Messing - "I think back to when my parents brought my brother and me to Hollywood for the first time. Of course we went to Universal Studios and Grauman's Chinese Theater," said Messing.

"The Wizard of Oz was my favorite movie and I couldn't believe that was able to put my hand in Judy Garland's hand print. It felt like I had touched her. I smiled all the way back to Rhode Island where my brother and i played Gilligan's Island in the forest behind our house. I always played Ginger because I knew someday I'd be a natural redhead."