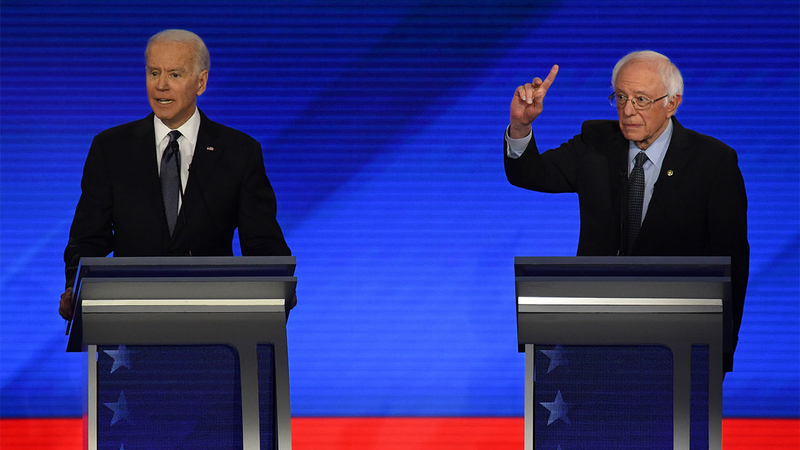 Biden on Iowa caucus performance: 'I took a hit'

Biden predicted that Bernie Sanders would win New Hampshire next week as he did four years ago, even as Biden raised questions about Sanders' status as a self-described democratic socialist.

"I took a hit in Iowa and I'll probably take a hit here," Biden said.

Biden finished a distant fourth in Iowa's caucuses on Monday, while Sanders and Pete Buttigieg finished in a near tie for first.

He added: "No matter what, I'm still in this for the same reason. We have to restore the soul of this country, bring back the middle class and make sure we bring people together. It's a simple proposition. It doesn't matter whether it's this one or the next. I've viewed the first four encounters, two primaries and two caucuses, as the starting point."

The former vice president noted that Sanders calls himself a "democratic socialist." Biden said if Sanders is the nominee, President Donald Trump would put that label "on every Democratic running" nationwide.

Biden praised Buttigieg as a "patriot" but also took a dig at the 38-year-old former South Bend, Indiana, as a "the mayor of a small town." Biden also suggested that Buttigieg will have trouble building a racially diverse coalition as the nominating contest moves beyond the overwhelmingly white states of Iowa and New Hampshire.