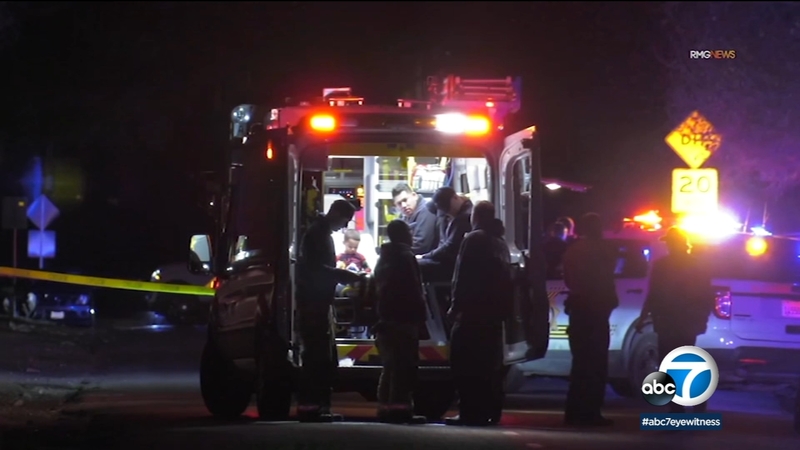 MUSCOY, Calif. (KABC) -- A suspect is dead after a deputy-involved shooting that occurred at the end of a vehicle chase Thursday night in Muscoy, authorities said.

The shooting happened about 10 p.m. near the intersection of Blake and Otto streets, a spokesperson for the San Bernardino County Sheriff's Department said.

The suspect, identified as 24-year-old Juan Ayon-Ruiz of Yucaipa, was pronounced dead at the scene, the spokesperson said. No deputies were injured.

Authorities say deputies attempted to make a traffic stop on a Buick Ranier for reckless driving on the eastbound 210 Freeway near Highland Avenue at about 9:29 p.m. The driver fled at a high rate of speed, exiting the freeway in Muscoy.

"The driver veered off the roadway and struck a mailbox. As deputies conducted a high-risk traffic stop, the driver reversed his vehicle and rammed the patrol car, at which time a deputy involved shooting occurred," the sheriff's department said in a news release.

"They started to shoot at the car," a witness who gave her name only as Maria, speaking to reporters at the scene, said in Spanish. "He had his son in there. He got out with his hands up and they killed him."

When deputies went to check on the suspect following the shooting, they found Ayon-Ruiz's 2-year-old son inside the car. The boy had not been restrained in a car seat, the sheriff's department said, and he was taken to a local hospital as a precaution.

On Friday morning, family and friends of Ayon-Ruiz went to the scene and used candles and flowers to create a makeshift memorial.

A nearby resident and friend of the suspect said Ayon-Ruiz's mother-in-law lives in the area and that he was taking his son her home when the chase began.