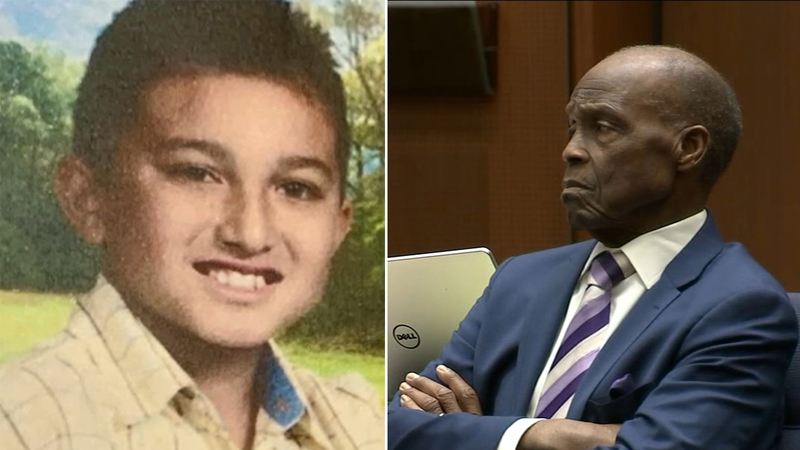 LOS ANGELES (KABC) -- A chilling 911 tape was played out in court Thursday in the trial of self-proclaimed "master herbalist" Timothy Morrow, who convinced a family of a diabetic boy to stop giving him insulin.

In a 911 call, you can hear Daniel Lopez following the instructions of a 911 operator. They count out loud for each chest compression on his brother.

Edgar Lopez was a 13-year-old with Type 1 diabetes. It's not a fatal disease, yet Edgar was failing.

Daniel testified that Morrow, a promoter of herbal treatment, had repeatedly warned the family that the health system profited by keeping people sick. He warned against taking Edgar to the hospital and warned against insulin.

"He told us that it was evil and it was a man-made product in order to keep doctors in business," Daniel shared.

Morrow's tool to diagnose illness was a device to look into the irises of Edgar's eyes.

"When he brought over lavender oil he told us to pat it or put it on his spine and that the lavender oil would relax him," Daniel said.

Morrow is accused of child abuse likely to cause injury or death, and practicing medicine without a license.

"He (Morrow) told us that if we took the child to the hospital, he would get killed there," Edgar's father, Delfino Lopez Solis, said. "That the method they used at the hospital, particularly the insulin, was poison."

Daniel said his mother came to believe in Morrow's anti-toxin products, but at that point, Edgar could barely move, and he was breathing heavy. Were they signs of death? Not to Morrow.

"He said it was a healing crisis going through its process," Daniel recalled.

That "healing crisis" Morrow had described in his sales materials as a sickness that was essential before the body could heal itself.

Daniel went to the internet and found other herbalists agreed. But Edgar's breathing got lighter and lighter until Daniel couldn't get a response from his brother.

After another call to Morrow, the herbalist at that point agreed it was OK to call 911.

The defense says that Morrow never claimed he was a doctor and has cast blame on Edgar's mother, who was already using herbal treatments before she sought out Morrow.

Edgar's pediatrician testified that the mother was devoted to his care. She made multiple doctor's visits, but the mom ignored a final instruction to have Edgar's blood tested.