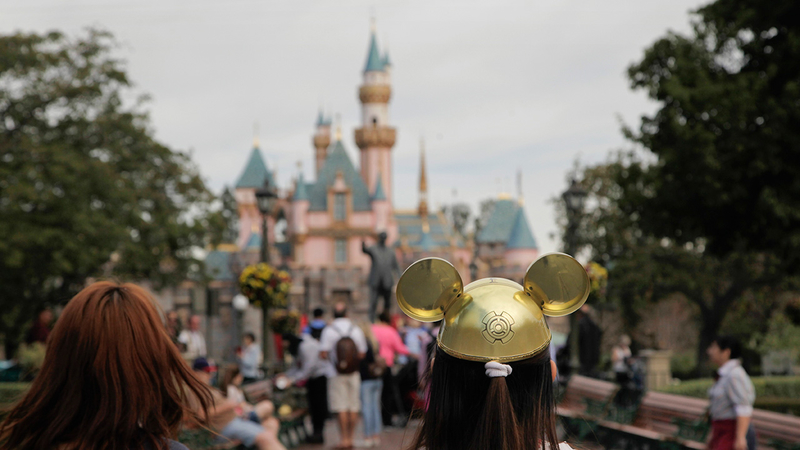 ANAHEIM, Calif. (KABC) -- Three more cases of Legionnaires' disease were confirmed in Orange County a week after Disneyland shut down cooling towers due to the disease.

Last week, Disneyland shut down two cooling towers after people who visited the theme park came down with Legionnaires' disease.

At that time, OCHCA said a dozen cases of the bacterial lung infection were discovered about three weeks prior. Thursday's update raises that number to 15.

The OCHCA said the cases were reported and verified by the agency between Sept. 27 and Nov. 15, and the range of exposure dates is most likely late August/early September through late October.

The latest onset of symptoms experienced by one of these cases is Nov. 1, the agency said, noting that the symptoms of Legionnaires' disease typically develop two to 10 days after exposure.

So what is Legionnaire's disease? After 15 cases were reported in Orange County, with 11 coming from a visit to Disneyland that had infected cooling towers. People are wondering what exactly is the disease.

The patients range in age from 52 to 94. Of the 15 patients, 11 visited Disneyland in September, and four are Orange County residents who did not visit the theme park but lived or traveled in Anaheim.

Officials are also focusing on the four patients who didn't visit the park as they track the source of the outbreak.

Thirteen were hospitalized and two with addition health issues died. The deceased did not visit Disneyland, OCHCA said.

None of the individuals are related to one another.

Disneyland was informed of the Anaheim cases on Oct. 27 and after testing found that two cooling towers had elevated levels of Legionella bacteria.

In a statement, Dr. Pamela Hymel, chief medical officer for Walt Disney Parks and Resorts, said there is no known ongoing risk associated with the park's facilities.

"On October 27, we learned from the Orange County Health Care Agency of increased Legionnaires' disease cases in Anaheim. We conducted a review and learned that two cooling towers had elevated levels of Legionella bacteria. These towers were treated with chemicals that destroy the bacteria and are currently shut down. We have proactively shared this information with OCHCA and given our actions, they have indicated there is no longer any known risk associated with our facilities," the statement said.

On Monday, park officials received the test results back from water samples collected from the two towers on Nov. 2 and Nov. 6 -- before and after disinfecting. All of the results were negative for Legionella bacteria, park officials said.

Cooling towers are evaporative systems that provide cooled water for various uses such as refrigeration but not for drinking water. The towers are not in public areas.

Legionella is a bacteria that grows naturally in lakes and streams. When high concentrations grow in man-made water systems, such as air conditioners and plumbing, some people develop pneumonia after breathing in contaminated vapor.