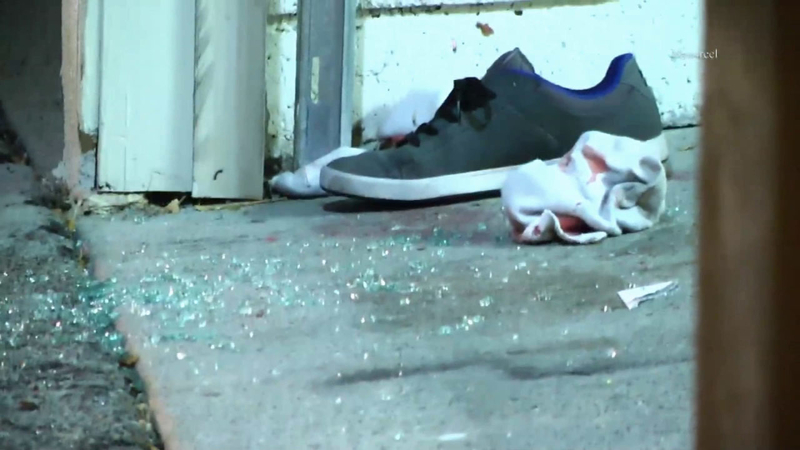 Joel Ravin, the older brother of relief pitcher Josh Ravin, was shot at about 2 a.m. in an alleyway behind his apartment building in the 22900 block of Vanowen Street.

Ravin was pulling his SUV into his garage when he got into a confrontation with another man, who opened fire and then fled the scene, according to the Los Angeles Police Department's Topanga Division. The SUV ended up slamming into the wall and door of a neighboring home.

The victim's girlfriend did not want to go on camera but said she ran outside when she heard the shots and found her wounded boyfriend.

Police responded to the scene and found the victim lying on the ground near the complex's garages. They said he was shot five times.

Ravin was rushed to a hospital and was last listed in stable condition.

Pitcher Josh Ravin sent out a series of tweets Sunday, including one that said they know who the shooter is and another that said his brother was shot by a "mentally unstable person."

Thank you everybody for all of your support and we'll wishes! Me and my family appreciate it! #Love

We know who the shooter is. So does the LAPD. Justice is on the way!

I do not know any details on the shooting except that he was shot 5 times not 3. He is in stable condition.

My brother was shot 3× this morning by a mentally unstable person...We don't need gun control. We need Mental Health Control!

Detectives said they were working to identify and locate the suspect.