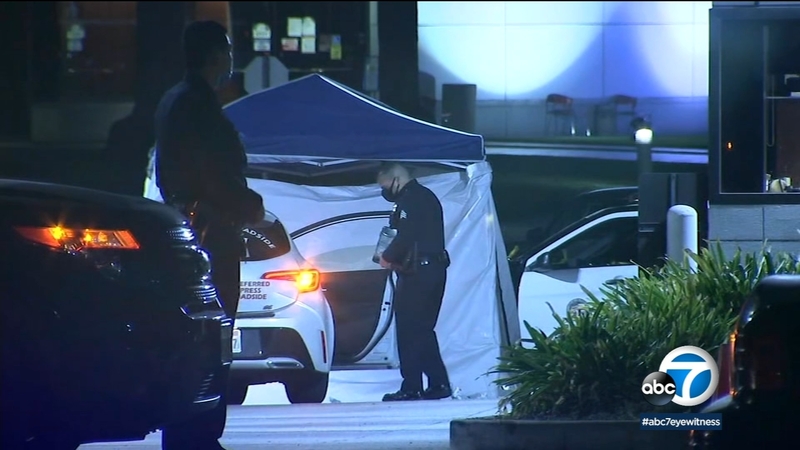 LOS ANGELES (KABC) -- A $50,000 reward is being offered in a murder case of a young father that happened in downtown Los Angeles in 2020.

Yvette Charpentier, the victims mother, is asking for your help in finding her son's killer.

"My family does want justice for Michael. He deserves it. No one deserves to die this way," said Charpentier at a news conference Monday at LAPD headquarters.

Charpentier and her family are grieving the loss of Michael McGarry. The young father of a 6-year-old son was shot and killed on Nov. 15, 2020. It was his first day on the job for a tow service when he and his work partner answered a service call near the Fashion District.

LAPD detectives say he was shot and killed near the intersection of Enterprise and Mateo streets.

From Enterprise and Mateo streets, McGarry and his partner ended up on the 2000 block of East 8th street. McGarry was shot in the neck. Police have video but say the quality isn't that great.

A $50,000 reward is being offered for information leading to an arrest and conviction in this case.

"No child deserves to grow up without his father. Who's out there helping other people assisting a stranded motorist. And just somebody walking up and killing him," said Charpentier.

Lindsey Mueller says it's hard to tell her and McGarry's son what happened after the boy asks for his father. She's hoping the reward will lead to a break in the case.

"It will never take the pain away but at least my son will know that his father wasn't taken away, and nothing else happened after that," Mueller said.