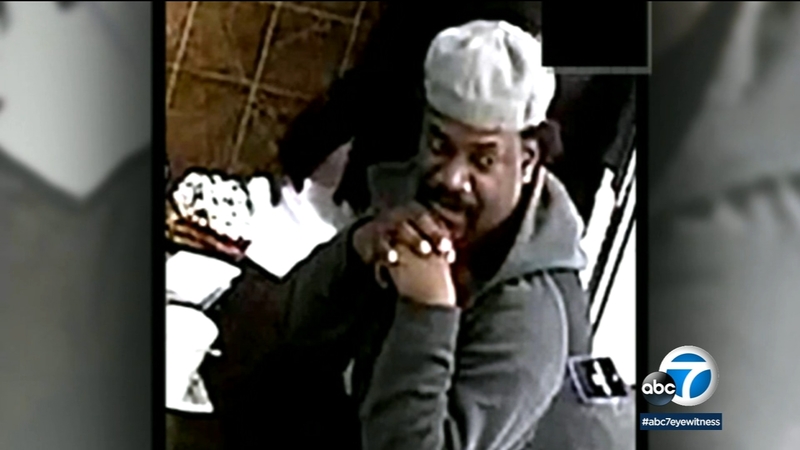 DOWNTOWN LOS ANGELES (KABC) -- A suspect sought in the stabbing death of a man at a restaurant in downtown Los Angeles was arrested Friday, according to police.

Devan Lampkin, a 49-year-old man who lives in a homeless shelter, was arrested on suspicion of fatally stabbing 56-year-old Homer Garcia on New Year's Day.

Investigators said the victim and suspect were eating before they got into an argument and the suspect grabbed a knife. Officials said he stabbed the victim and then took off.

LAPD said a citizen aware of the crime spotted the suspect inside the downtown Central Library around 4 p.m. Friday and officers in the area responded to the location. Lampkin was then taken into custody without incident, police said.