Vaping-related death reported in central California; second such death in state, seventh in US 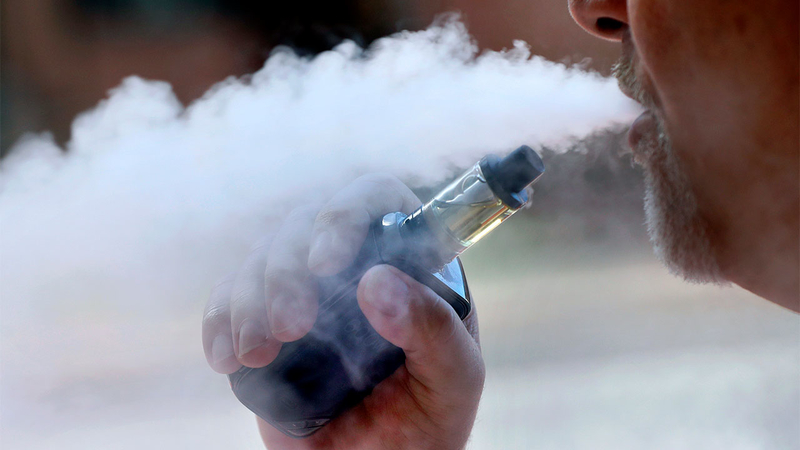 FRESNO, Calif. -- Health officials in central California said Monday a Tulare County resident died from complications connected to the use of e-cigarettes.

The man, whose name and age weren't released, reportedly died of "severe pulmonary injury." Additional information on the death has not yet been released.

It is now the second vaping-related death in California and the seventh in the United States.
"It seems that any vaping is a risk," said Tulare County Public Health Officer Dr. Karen Haught.

Health officials reported 63 cases of respiratory illnesses across the state associated with vaping THC or cannabis oils. Many of those affecting the lungs.

According to Haught, what's most alarming is health officials don't know the long-term effects.

"We don't know enough information to know what its effects are and we know there are some conditions right now that are occurring in association with it," she said.
The Centers for Disease Control and Prevention has activated its emergency operations center to look into what's causing hundreds of cases of serious breathing illnesses in people who use e-cigarettes or other vaping devices.

Warning labels will be required on e-cigarette ads and at stores. Authorities are also cracking down on illegal vaping products.

"A governor alone is not afforded the right, legally to ban these products outright, that we would need legislative support. Again, we're pushing the envelope. We'll see how far we can go," Newsom said in a press conference.

"I think we should be doing our best to discourage from people starting to vape or continuing to vape," she said.