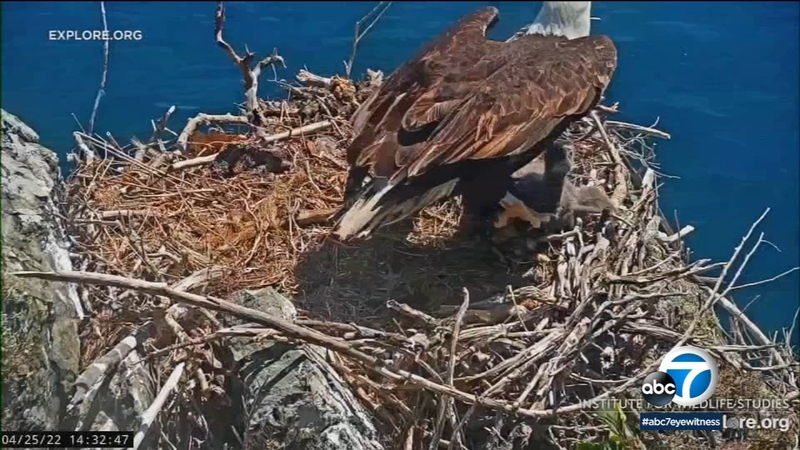 CATALINA ISLAND (KABC) -- A stranded eaglet was rescued Tuesday morning from the side of a cliff on Catalina Island, the day after it was accidentally knocked out of its nest by its parent.

The rescue was performed by researchers shortly before 11 a.m. and was livestreamed on a YouTube feed hosted by the Institute for Wildlife Studies.

The footage showed a rescuer - anchored to the cliff by a safety harness - placing the eaglet in a carrying bag and carrying it back up to the nest. The eaglet was returned to its home and was seen waiting for the elder bald eagle to return.

Video recorded Monday showed the eaglet being knocked out of the nest, which overlooks the blue waters of the Pacific Ocean, after apparently being caught in one its parent's talons as the adult eagle flew away.

The eaglet was sleeping on the adult's feet when it was kicked out of the nest on Monday.

The eaglet tumbled partway down the cliff and was heard chirping helplessly as more than a thousand viewers watched the livestream.