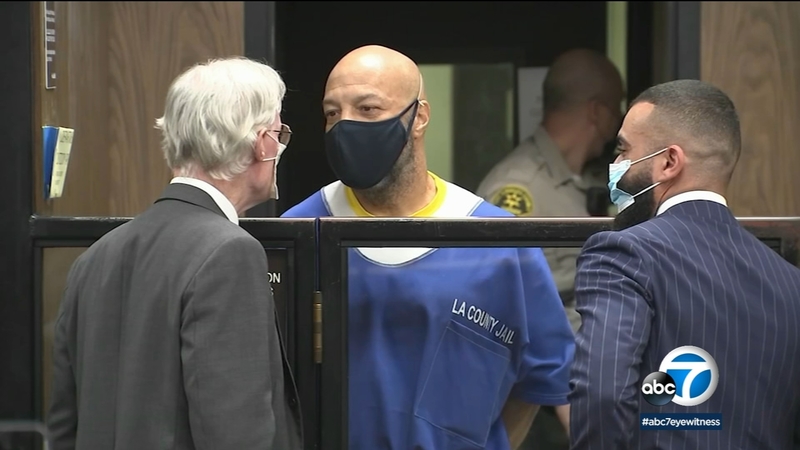 LOS ANGELES -- Earl Snoddy spent the last 27 years of his life in prison for a 1995 robbery.

Snoddy maintained he did not commit the crime but the jury in a Compton courtroom convicted him.

It was the third criminal strike for Snoody, and under the three strikes law, his penalty was severe. This week, his sentence was reduced to time served after questions were raised about his conviction.

Barhoma said he took a close look at his client's case and found there was no hard evidence linking Snoddy to the violent robbery. He claims Snoddy was two blocks from the crime when it happened and that police arrested him based only on the victim's description of the suspect.

Barhoma added that although Snoddy has a criminal rap sheet, he didn't deserve to get blamed for a crime he did not commit.

"My team has looked into this conviction and have found very little reason to believe that Mr. Snoddy should have been convicted at all," Barhoma said. "There's strong indication of his wrongful convictions so much so, even the DA's office, internal personnel have reached out to me and have even become appointed pro bono co-counsel on this case in being able to correct this conviction."

Barhoma says current laws allow attorneys to seek re-sentencing for some clients who redeem themselves with good behavior in prison.

Snoddy is expected to be released from lockup within the next few days. Snoddy's sister, Charlene Bickham, says she's overjoyed with the news of her brother's time served.

"I'm trying to hold back the tears about my little brother and I love him to death," Bickham said. "We're grateful, we're thankful. I mean, there is justice here in this world and beyond measures, thank God for just putting good people in place."

After he is released, Barhoma says his client is expected to enter a program that will help him re-integrate into mainstream society.